It's an ancient institution with a 196 year pedigree. Yet, when it comes to the Oxford Union debating society does pedigree equate to either good breeding or manners? Certainly the scenes reported in The Oxford Student last week suggest neither. Because despite our enjoyment of their events, such as the Sepp Blatter speech, the suspicion is that the Oxford Union has to be the last place you'd want to frequent. 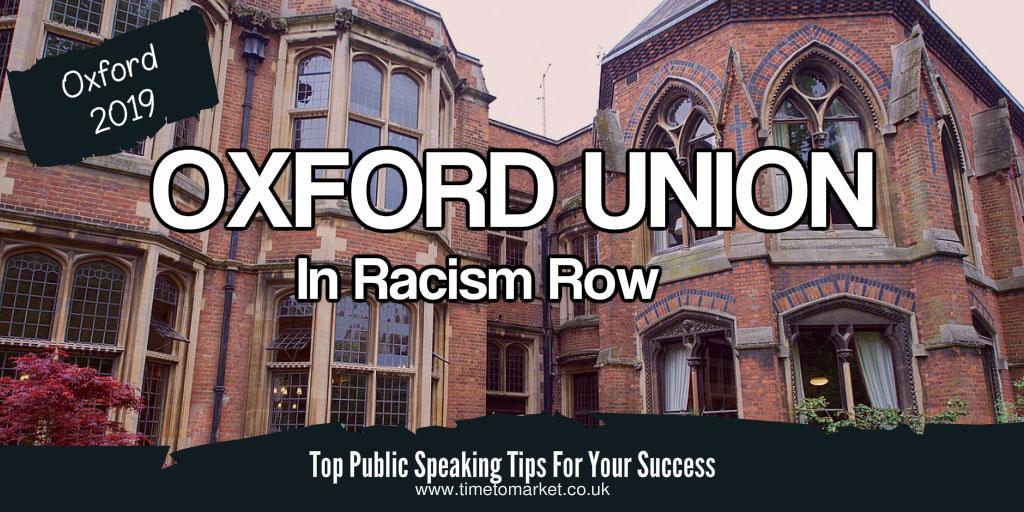 The story suggests that a blind postgraduate Ghanian student, Ebenezer Azamati, was unceremoniously thrown out of the Oxford Union building before a debate. Yes, before the debate had even started. In fact student members of the society were just taking their seats as the commotion grew.

So the behaviour of the Oxford Union stewards wasn't a very poor example of how to handle hecklers at your event. There was no heckling by Mr Ebenezer Azamati. Though the Oxford Union might want to consult a former Oxford student, Jacob Rees-Mogg, for a masterclass on dealing with hecklers. It was far worse, as they threw out the postgraduate student before the event had even started.

Of course everything is captured on film today: still images and video footage. Now, we will note that the cutting and editing of film can be subjective. Just ask the Conservatives and Sir Keir Starmer about that.

Because what is more worrying is the apparent lack of cause for the student's eviction. Was the student in the wrong place? Was he entitled to be sitting there? Since he was most definitely a member of the Oxford Union, we presume that he was.

My own guess is that as a disabled student he'd chosen to seat himself near the entrance doors, ready for a safe exit when needed. I'm also guessing that these seats were reserved either for the Oxford Union stewards or other members.

All in all though, as an example of how to manage your audience this was a disaster. Since typically you go out of your way to make your audience comfortable and relaxed. But, unfortunately the Oxford Union might have regressed into believing myths of its own greatness and invulnerability. Take care. Monuments and institutions do fall. Even if Rhodes don't.