A Ben Bernanke speech to the American Economic Association at the beginning of 2010 was well-received by a receptive audience. His key point was that the Federal Reserve’s monetary policy was not the undoing of the financial system in 2007 and 2008. Far from it, he argued in his speech. Because low interest rates were not major contributors to the USA’s housing bubble and did not contribute to the sub-prime market fiasco. 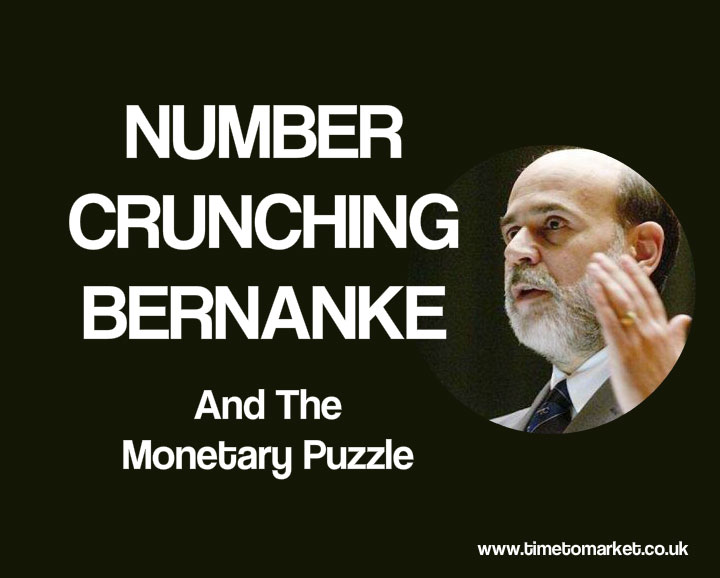 It’s true that the data supports his view…long term. But it’s also a fact that with low interest rates the bankers of Wall Street were on the scout for investment returns beyond the usual. Hence sub-prime and hence all the other investment vehicles that came close to destroying the system.

I will begin with a brief review of U.S. monetary policy during the past decade, focusing on the period from 2002 to 2006. As you know, the U.S. economy suffered a moderate recession between March and November 2001, largely traceable to the ending of the dot-com boom and the resulting sharp decline in stock prices.

This was certainly a well-argued Bernanke speech. But not one that will keep him long in office with a Democrat government. An economics audience is different to a political audience as Sir Mervyn King’s speech makes clear.