It was nearly a case of bye, bye for Bill Nye the television presenter this week.  The presenter of the popular 1990’s television series was giving a presentation at the University of Southern California when he fainted mid-presentation. And for a while it certainly appeared that this Bill Nye presentation from the science guy might be the last. 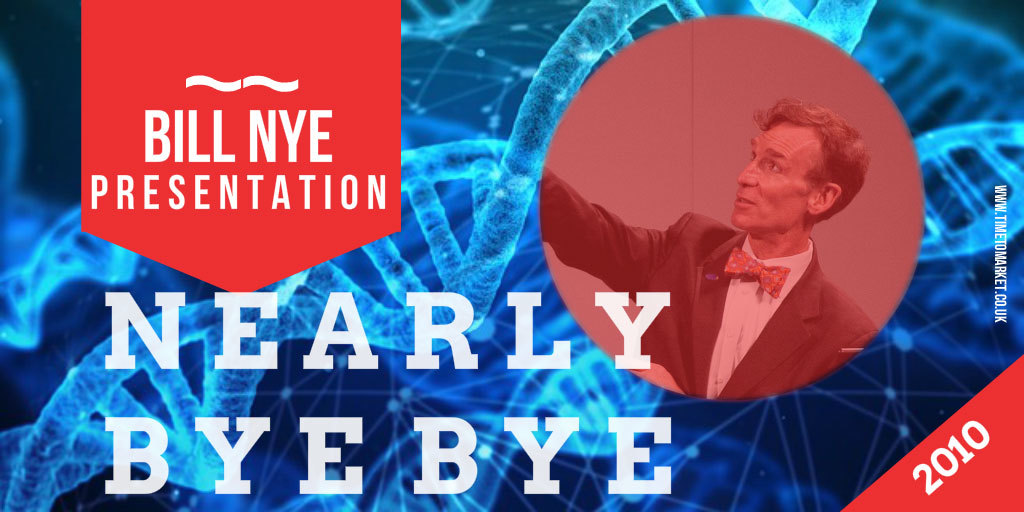 However, he fortunately recovered after several seconds and continued to speak. The show must go on! But, his audience reported that the former presenter of Disney’s 100 episode “Bill Nye the Science Guy” slurred and stumbled with his speech after the fainting incident. And that wasn’t very encouraging for his anxious audience!

Bill was eventually helped from the podium by the organisers of this Bill Nye presentation. His subsequent news comment made clear that he was feeling better after some sleep. And, ever the scientist, he noted that perhaps the combination of an early morning and a late evening speaking engagement had proved too exhausting. Quite so. It’s clear that his speaking engagements did more than contribute to this particular episode.

And of course it’s not only a Bill Nye presentation that can be affected by the exhaustion of the presenter. Because it can happen to anyone. We saw this in 2017 with the Theresa May conference speech nightmare. Truly an excruciating ordeal for speaker and audience alike. But, a situation exacerbated by ill-health and too many interviews.

Look Out For A Fainting Audience As well

And, of course it’s not only the speaker or presenter who succumbs to exhaustion. A Vice-President Joe Biden speech saw a fainting audience member in 2010. And, again. it looked terribly serious. Fortunately it all worked out fine. Is there a message here? Yes, do look after yourself if you are on a public platform.

You can always discover our series of presentation tips, podcasts and videos tuned for every presentation opportunity. And, when you are ready to take your presentation skills that bit further, then please don’t hesitate to get in touch.