The heir to the throne, Prince Charles, has started a Green campaigning whistle stop tour of the United Kingdom. And, he started with a speech in Glasgow. The tour, known as Start, aims to promote a green way of living for the UK. Of course, he recognises that people are more likely to start doing some good than being hectored to stop something. So, the Start campaign aims to show people just what they can do. 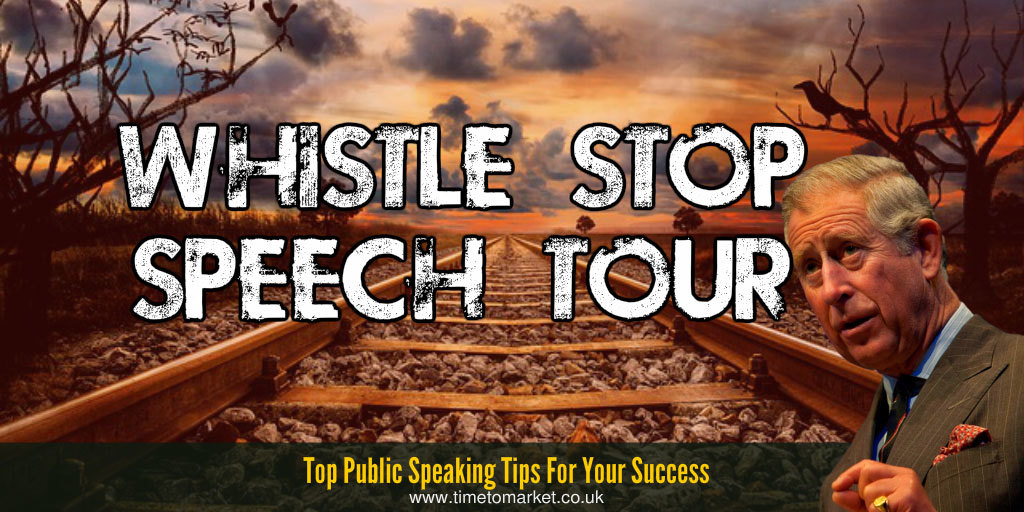 A party of 14 people on the 8-carriage Royal Train will accompany the Prince. And the trip itself? Glasgow to Wales, Newcastle-upon-Tyne and then London. Just imagine doing that with a regular super saver. No chance.

It’s an ostentatious way to travel—costing the taxpayer some £50,000. But both his Start spokesman and good friend Tony Juniper were keen to point out that the Royal Train operates on recycled cooking oil, bio-diesel! So, don’t get down wind of this Royal Train.

Whistle stop tours used to be a favoured way for political campaigns to be organised in both Britain and the USA. So, it’s a return to old-fashioned campaigning, old-fashioned transport and old-fashioned values. And that’s, perhaps, a key part of the Start programme. Because this tour is supported by many of the great and the good. Knights of the realm such as Stuart Rose and many of Britain’s leading businesses, who no doubt sense some advantage. Please note that we also feature Sir Stuart (or, Lord Rose) in an English Rose speech in 2015.

The last whistle stop is London. And it’s here that the Start initiative combines with the IBM Summit at Start, a nine-day conference beginning on Wednesday 8th September. Prince Charles will give a speech at this conference on his return to London. Let’s just hope it’s not a recycled speech.

When you have to give a series of presentation up and down the country–a whistle stop speech tour of your own–then you’ll find plenty of presentation tips to help. And, of course, when you want to give your presentation skills a further boost, then please don’t hesitate to get in touch when the time is right.