A Jeremy Corbyn campaign speech in Battersea has started the Labour Party 2019 election campaign. As a launch it wasn't greatly different to earlier launches. Since there's still the sense of a local Council meeting as everyone seems to congregate on the stage. But that wasn't the highlight of this event or indeed Jeremy's speech. 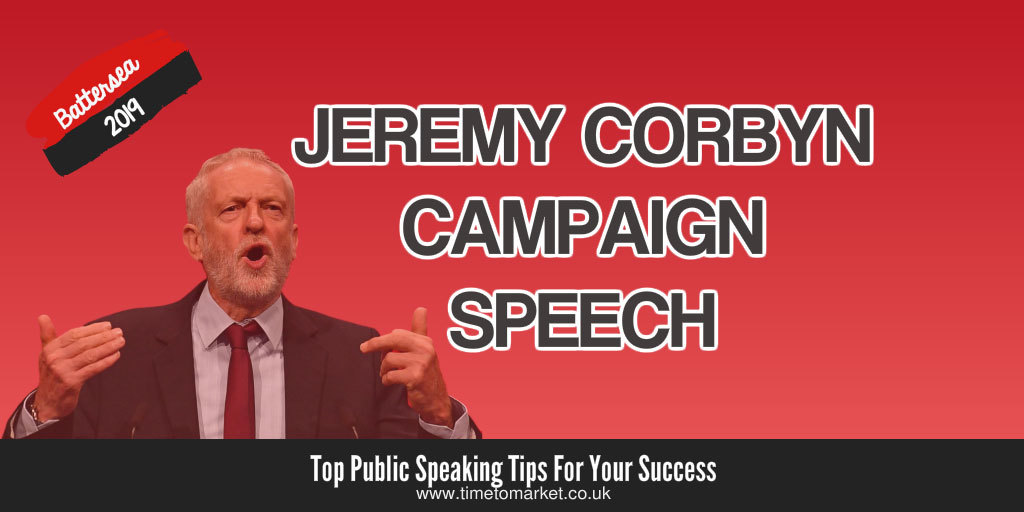 Because the highlight had to be the wave of chanting that swept through the room as Jeremy Corbyn said,

We will stop them. Labour won’t let Donald Trump get his hands on our National Health Service. It’s not for sale, to him or anyone.

After a brief pause the refrain started,

Superb reaction. And what was Jeremy's reaction? Sheepish, embarrassed, awkward? You can take your pick. But he clearly wasn't expecting the chant to sweep through the room. However, I really believe that he rather liked it. And why not?

Since if you want audience feedback with your campaign speech, then what could be better?

Of course in the United States they are already masters at this element of audience feedback. Indeed President Trump rallies are in the vanguard. How ironic then that the chants at this Jeremy Corbyn campaign speech concerned Donald Trump

Now can we expect more campaigning elements to sweep across from the USA? Who knows, but we suspect that many of their tactics are already here and well-established. Still, we can wait and see.

When you need some public speaking tips to help you with your next campaign, then you'll find plenty of tips, hints and  podcasts. And, with more than 100 tips for speakers, you'll find something for every campaign speech. And, when you are ready to progress your public speaking skills that bit further, then please don't hesitate to get in touch.