Quite a problem for an ageing Emperor. 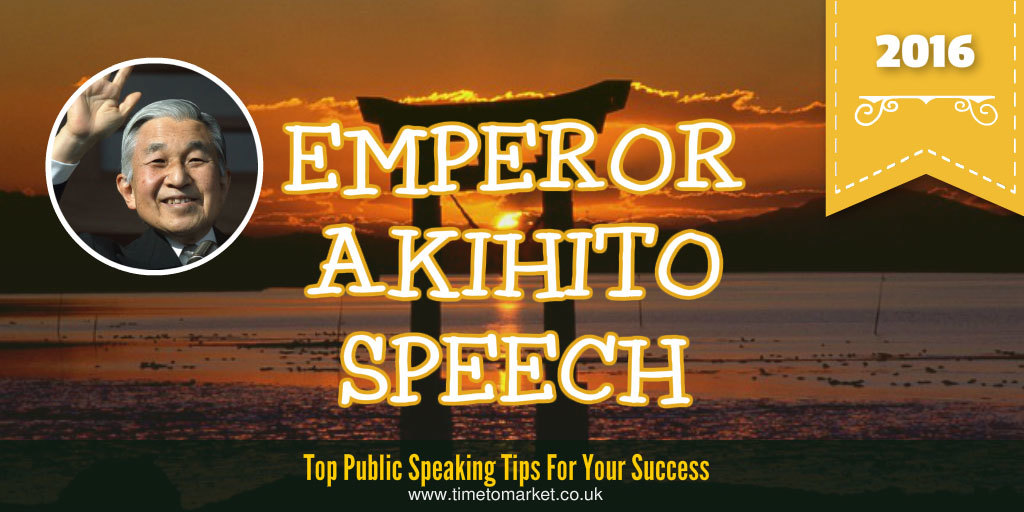 Emperor Akihito Speech To The Nation

So this Emperor Akihito speech was a marvel of obfuscation and evasion. His speech did not note abdication or retirement. But he noted his age (82) and he stated that the effects of previous surgery were a strain because of his official duties.

His speech also noted how these duties would be fewer in number. And his speech also suggested that some of those duties could be performed by his successor, the Crown Prince. A Regency arrangement.

In coping with the aging of the Emperor, I think it is not possible to continue reducing perpetually the Emperor’s acts in matters of state and his duties as the symbol of the State. A Regency may be established to act in the place of the Emperor when the Emperor cannot fulfill his duties for reasons such as he is not yet of age or he is seriously ill

His speech said everything without actually mentioning the "A" word. It effectively requested that the Prime Minister and his colleagues consider the question of abdication, the role of the royal family in the Constitution and perhaps, the matter of female succession. But such was the obtuseness of his language that perhaps you missed it?

These things have a habit of moving slowly in Japan.

You can always discover plenty of public speaking tips for every occasion. Perhaps your own abdication speech or, more likely, a retirement speech? And, when you need some specialist support for your public speaking, then don't forget that a well-timed training session might prove just the tonic you need. So, please don't hesitate to get in touch when the time is right.