You might not expect a speech given at a girls education conference to hit the national headlines. But that’s what’s happened with this Helen Fraser speech at the Girls Day School Trust conference in London. 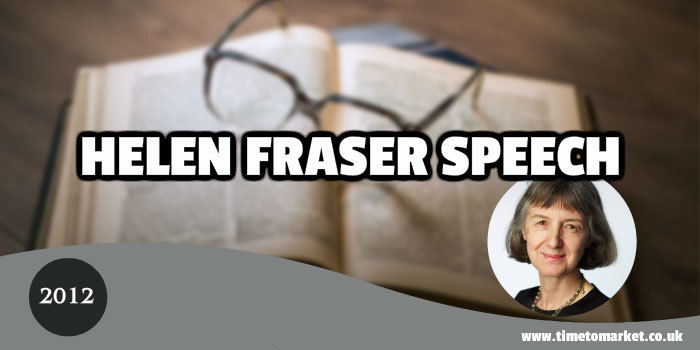 It was Helen Fraser’s speech at the conference that made the headlines. Helen is the new Chief Executive of the UK’s leading educational charity, the GDST (Girls’ Day School Trust). Founded 140 years ago the Trust educates 20,000 girls a year, making it the largest group of independent schools in the country.

Helen Fraser Speech Has It All

In her speech Helen asked whether educators should encourage their students to believe they can have it all.

The third point I want to make about today’s theme is about whether or not we should be encouraging our girls to believe that they can ‘have it all’ – a great career, a fulfilling relationship with a partner, and happy children.

(As an aside, I would point out that no-one would ever suggest that men should be dissuaded from ‘having it all’.)

This became the focus of all attention with her speech–not at all surprising.

Her speech posed a huge number of questions. That’s not surprising with a speech that aims to start a conference. One would expect many of the subsequent speeches to explore these questions and, perhaps, suggest answers.

She frequently referred to the theme of the conference, making space for learning. That’s not surprising. As the lead speaker at the event this would be invaluable to later speakers such as Erica McWilliam. That’s always something to consider when you have to get ready for a conference speech.

It was the mid-section of her speech that was most seized upon:

I was intrigued by Facebook’s Chief Operating Officer, Sheryl Sandberg’s comment in a speech last year that “The most important career choice you’ll make is who you marry.”

This section of her speech inspired all sorts of comment along the lines of whether the GDST schools were actively offering advice on selecting partners or husbands! I’m not convinced that was her intention with the speech. But it was good publicity.

This speech proved to be highly effective. It’s certainly got people talking about how relationship choices can be as important as career choices. No educated guess for these girls.