Humour In The Conference Speech

You can't deny that Emily Thornberry had a good Party Conference in Brighton this week. But we aren't just talking about the karaoke party. No, her speech to conference was positively barnstorming. Her speech certainly played to all the hopes and expectations of her audience. So we heard a whole range of humour in the conference speech. And she aimed all the digs and jibes at Government Ministers. Not surprising, at all. 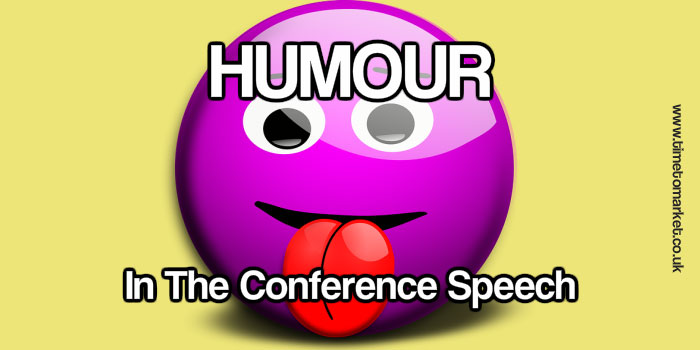 Why You Can Use Humour In The Conference Speech

Humour In The Conference Speech. Example 1

But it was her humour that really caught our attention. She desperately wanted to use some humour in her speech. And she did so. Her anecdote about Boris Johnson and Brexit was fun. No doubting. But she needs to work her humour more. Because it did seem that it was Emily who found her own story the most funny. Since she could barely stop laughing.

So, by all means weave some humour into your speech. But let your audience make sense of the humour. Then, keep quiet as the humour sinks in.

Humour In The Conference Speech. Example 2

You might not get that much humour in Parliament. But there's definitely some. Certainly a Rowan Atkinson speech in a 2012 Parliament reception room proves the point. His speech carried some serious points. And he got those points out to his audience with a clever mix of seriousness and humour. And so it worked.

So when you want some humour in your speech, then be prepared for some clever speech writing. Because being funny can be hard work. I don't think I'm betraying anyone with that.

Humour In The Conference Speech. Example 3

Gordon Brown's speeches weren't typically a home for humour. Earnest, steadfast and sometimes heavy-going. But not humorous. So, it was a relief when he finally brought some humour to his speech at his final Manchester conference speech.

Even though I’m a full time MP I got a letter from someone offering me a job and asked a reference. Tony said he was writing one, I just didn’t expect it to weigh in at 700 pages.

Sometimes it doesn't take much to get a laugh.

Humour In The Conference Speech. Example 4

However, it does have to be funny. Vince Cable tried for a few laughs last week with his conference leadership speech. Some lines worked really well. But others just bombed. Sometimes it really is in the telling!

These are people who live in a world of infantile fairy tales.…I’m sure you know the one about the Giant Tweeter…who lives in a White House far away and who flies across the ocean to rescue us from the wicked Gnomes of Europe.

There are some very good reasons to use humour in the conference speech. Here are five of them: