It’s fair to say that Lance Armstrong’s had a better run of weeks than the last few. This was a point he made in the final Lance Armstrong speech this week when he quit as the Chairman of the Livestrong Foundation. 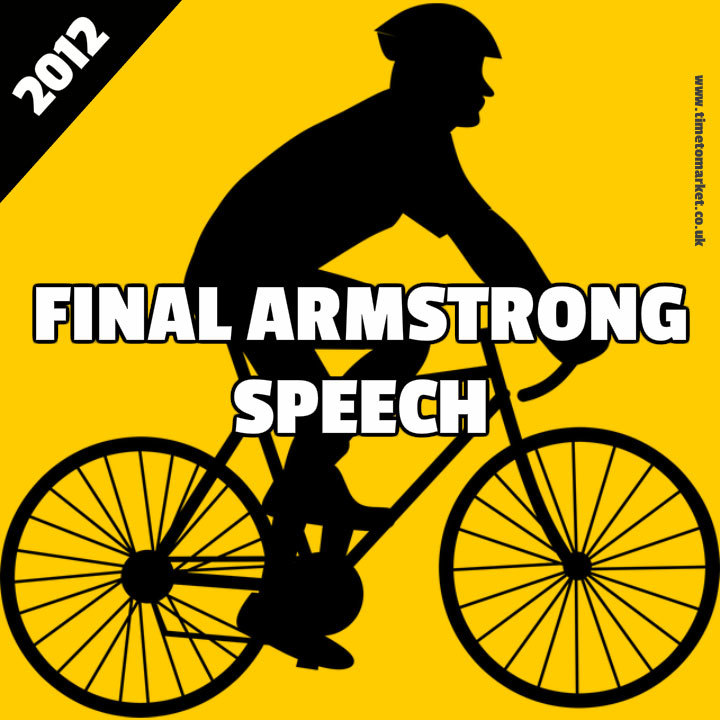 In the speech he also pointed out that he’s also had worse times than right now. A clear and obvious reference to the time when he was a cancer patient.

That experience led him and friends to form the Livestrong Foundation to raise funds for cancer research and patient recovery.

His dignified speech made clear that despite his standing down from the Foundation, the work will continue with more fundraising activities planned.

This wasn’t a bitter speech, nor was it very humble. The pained looks on the faces of those Foundation colleagues standing on the podium with him are telling. Most look like they’d rather be somewhere else. Understandable.

Speaking without notes or a script Lance Armstrong kept a measured pace and keen tone throughout his five minute speech. Mixing story telling, facts and figures and quotations his speech received applause, but not rapturous applause.

The speeches are over but it’s unlikely to get any more comfortable for Lance Armstrong.

You can always review our series of public speaking tips when you want help with a final or farewell speech. And, when you are ready for some more serious public speaking training or public speaking coaching, please don’t hesitate to get in touch. We can offer public courses and coaching at more than 40 training centres. And, additionally we can even train your team at their own premises with our corporate training packages.