Only a Peep As Mitchell Advises On Best Man Speech

There’s always someone, somewhere who’s struggling with their best man speech for a friend’s wedding day. It’s an arduous task when you don’t tackle it in either the right spirit or with the right preparation. And it’s a task that can, and does go wrong. Sometimes spectacularly wrong. 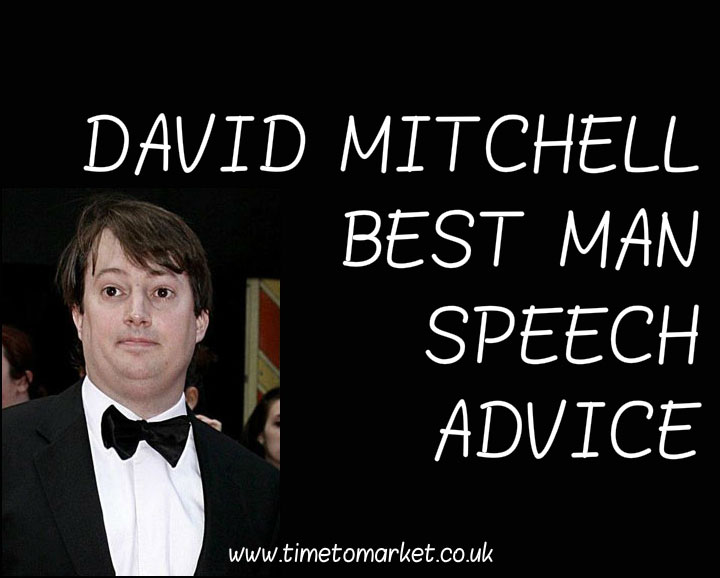 So it’s refreshing to hear some words of advice from one of Britain’s finest comics, David Mitchell. The speech advice was aimed at his best man, Robert Webb.

Robert and David shot to comic fame in Britain with The Peep Show. Their comic pairing also extends to a long standing personal friendship. David was Robert’s best man at his wedding in 2007 and Robert Webb will be David’s best man when he marries Victoria Coren in November.

When he was pushed on whether he had any special David Mitchell best man speech advice to pass on to Robert, he simply noted:

I’d much rather he didn’t offend anyone than worry too much about being funny.

That’s good advice for anyone preparing their best man’s speech. Doubtless there will be an expectation for Robert Webb to inject some humour into his speech. So that shouldn’t be a hard task for a comic writer. But for anyone else planning their best man’s speech it’s not an essential component. Therefore, keep it clean and elegant. Perhaps that’s why Prince Harry kept his best man speech very private.

We also wonder whether David will extend his tips to cover wedding day speech nerves. Or perhaps some advice to the father of the bride on how not to lose his speech? You never know.

You can read up on a number of public speaking tips before your best man’s speech. Or, better still, why not organise a one-to-one public speaking skills coaching session? You can do it so easily. Just make sure that you have it organised well in advance since you are likely to get busier as the big day gets nearer. Please don’t hesitate to get in touch when you are ready for fix a date.