Goes On The Football Offensive

There was a time when a Berlusconi speech might seize your attention. But, sometimes for all the wrong reasons. However, since Silvio Berlusconi relinquished the office of Italy’s Prime Minister in November 2011 much of the fun of Berlusconi’s speeches has gone. Until now. Since this time it’s not a Silvio Berlusconi speech that’s hit the headlines. Because it’s a political speech by his younger brother, Paolo, the Vice President of leading football team AC Milan. A new Berlusconi speech with a racist taunt in its conclusion. 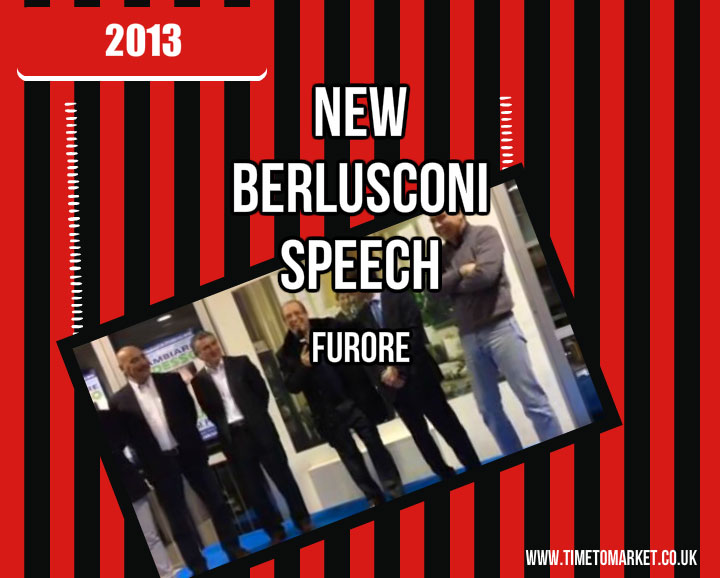 Paolo Berlusconi gave his speech at the inauguration of the campaign office of Fabrizio Sala who is the PDL (Popolo della Libertà) party candidate for Monza in the Lombardy region.

The PDL, founded by his brother, is getting ready to contest new elections and the Berlusconi family has much to gain from their success.

So the new Berlusconi speech might have proved useful. But it all went disastrously wrong. He referred to his football team’s new £19 million player, Mario Balotelli, in derogatory racist fashion.

Did anyone in his audience find his remarks at the end of his speech, at all funny? There were some laughs. But they might have been forced. Sheer embarrassment, perhaps. What is clear is the immediate backlash in Italy as other politicians seek to make political capital from the wayward speech.

It’s particularly poignant because of the racism that Balotelli encountered while playing in Italy for rival team Inter Milan. On numerous occasions he encountered racist abuse when playing in Serie A. This was, of course, a contributory reason for him wanting to play in England.

The two Berlusconi brothers will no doubt manage to control the fallout from Paolo’s speech, as they control much of the country’s media. But the club Vice President will need to do a lot more contrite public speaking if he’s to regain the trust of his new star player.