Your choice of whether to listen to the New Year speeches of your Head of State might not be considered interesting, let alone newsworthy. But in Ukraine things are a bit different. Because a survey by the Razumkov centre into society’s attitudes to the Christmas and New Year holidays uncovered some notable findings. 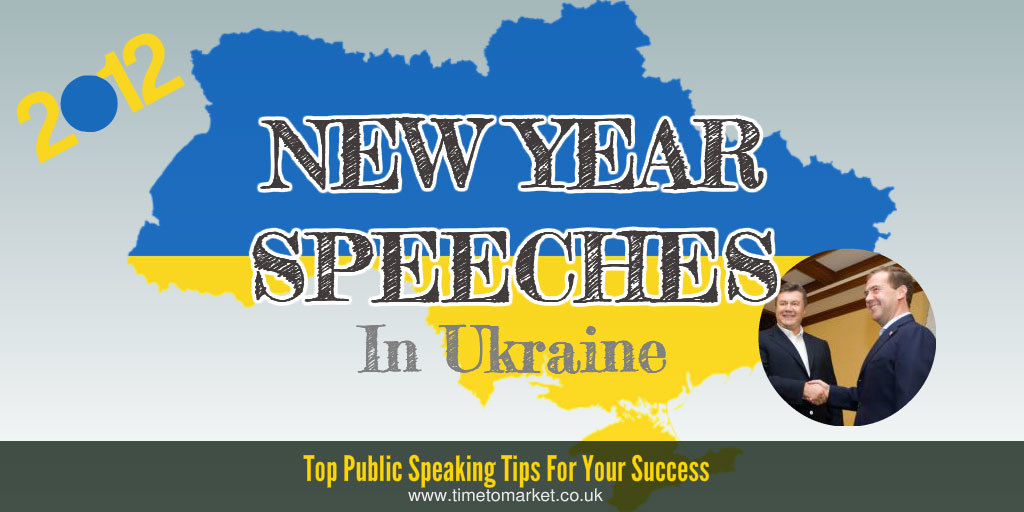 New Year Speeches In Ukraine Say Something About National Identity

However, there are no insights into these questions from the Razumkov centre or the Kiev Post who reported them. So, geographic proximity is one thing. But doubtless their sociologists will be hard at work in the weeks to come trying to make sense of it all. Who could have guessed that there was so much in new Year Speeches?

One thing that the Razumkov team did uncover were the country’s views on the Julian and Gregorian calendar New Years. Lest we forget, the New Year remains a construct that isn’t shared by all countries or all faiths at all the same time.

You can discover plenty of public speaking tips for your New Year leadership speech or office party speech. And, when you want to boost your skills even further you can always consider some training or coaching. Because a well-timed training session might be just the boost you need for career success. So, please don’t hesitate to get in touch when the time is right.