You have to be of a certain age to really remember the 1969 Moon Landing. And I can. Just. Or was it the arrival of the Radio Rentals black and white television in the house that I remember the most? Either way, it's a memory. Fortunately, I also have no memory of a Nixon moon speech. 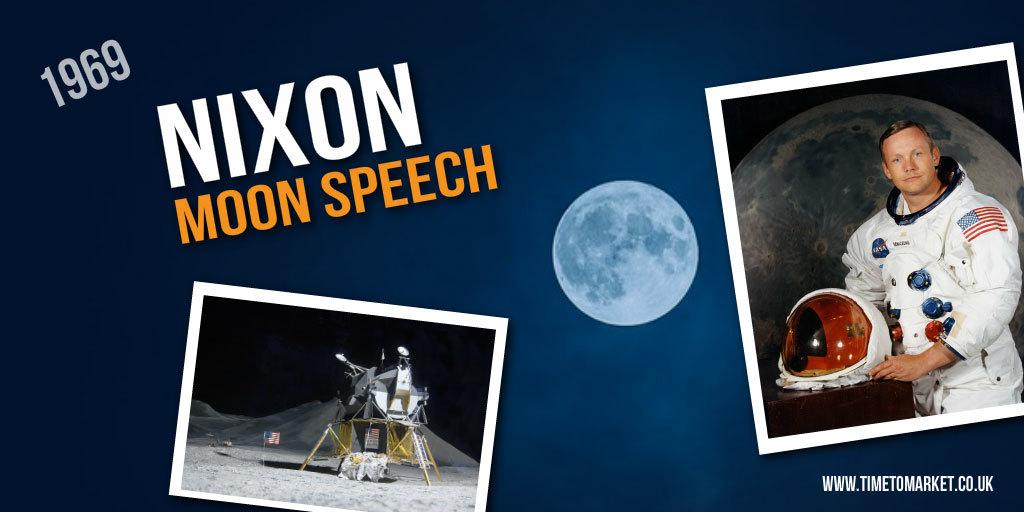 That's fortunate because the Nixon Moon speech was the speech that President Richard Nixon would have given in the event of a disaster with Apollo 11 or the moon lander. Yes, they prepared for that eventuality.

Nixon's speechwriter, William Safire, gave a full account of how he wrote the Nixon Moon speech in his book, Before the Fall: An Inside View of the Pre-Watergate White House. Put simply, William Safire was unprepared for any disaster until he received a phone call from the former Apollo 8 astronaut, Frank Borman. Since it was in that phone call that Frank outlined the real dangers involved in getting Neil Armstrong and his fellow astronauts to the moon, getting off the moon and getting back home.

And of course this all makes sense. Except that since the Apollo 1 disaster in which three astronauts lost their lives, NASA space operations had appeared, to a grateful public, to be near risk-free. When, in fact, the astronauts' courage was immense.

You might also be aware of the Ronald Reagan speech that he gave on the day of the Challenger shuttle craft disaster in January 1986. On that occasion his speechwriter, Peggy Noonan, worked a tough shift to get the President ready. No, it appears that they didn't have anything prepared, unlike William Safire in 1969.

And the speech itself? Titled, In Event Of Moon Disaster, it's short and precise. Bearing all the hallmarks of a great speechwriter, thank heavens we never had to hear it. And here's the Nixon Moon speech as we never got to receive it in 1969.

In The Event Of Moon Disaster

Fate has ordained that the men who went to the Moon to explore in peace will stay on the Moon to rest in peace.

These two men are laying down their lives in mankind’s most noble goal: the search for truth and understanding.

In their exploration, they stirred the people of the world to feel as one; in their sacrifice, they bind more tightly the brotherhood of man.

In ancient days, men looked at stars and saw their heroes in the constellations. In modern times, we do much the same, but our heroes are epic men of flesh and blood.

Others will follow, and surely find their way home. Man’s search will not be denied. But these men were the first, and they will remain the foremost in our hearts.

For every human being who looks up at the Moon in the nights to come will know that there is some corner of another world that is forever mankind.

You can always discover plenty of public speaking tips and techniques with our regular series of posts, podcasts and videos. And with more than 100 top tips for speakers, there's something for every public speaking occasion. Plus, when you want to take your own public speaking skills to a different orbit, then please don't hesitate to get in touch.