No Presidential Seal For Obama Speech 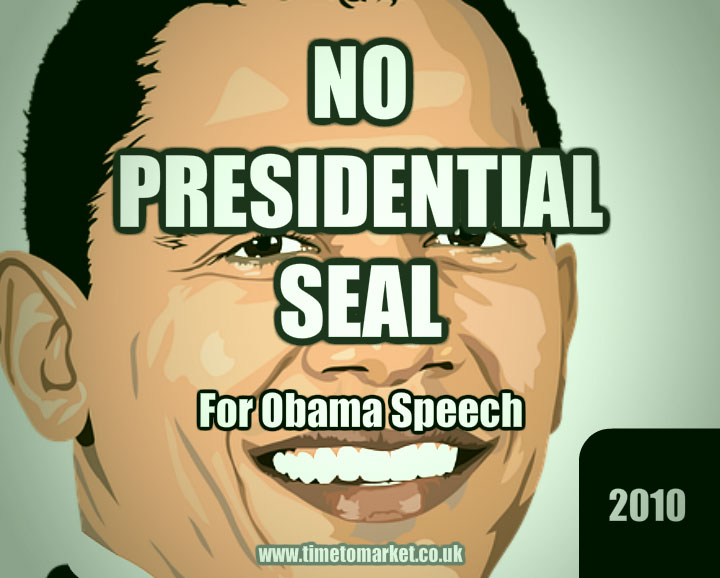 The President was giving a speech at Fortune magazine’s “Most Powerful Women Summit” in Washington last week. The Obama speech started well and he was definitely well into his stride when it happened. Yes, the Presidential Seal gave way and dropped to the floor, with a very audible thud.

The jolt was certainly an interruption. And, we suspect that it was quite a glorious visual feast to the watching audience. But to the accompaniment of general laughter in the auditorium the President worked the moment with some quick quips to his obviously delighted audience. These quips included:

and, he also referred to the clearly nervous back-stage crew:

“They’re sweating bullets back there.”

Following his quips, he then aimed to get back on track with:

Obama Speech Gets Back On Track After Interruption

This was a great recovery line. But, it also gave notice to the Obama speech teleprompter whose job it was to re-commence the teleprompt (autocue). So, that transition also appeared faultless.

Or, when you are ready for more serious public speaking tasks, please don’t hesitate to get in touch to discuss our training, coaching and rehearsal options.