Academy Award organisers have acted at last over lengthy Oscar Awards night speeches. That’s because these lengthy speeches have characterised the recent televised Oscar award ceremonies. They are so common that people expect them to happen. Therefore, we now have the 45 second rule. 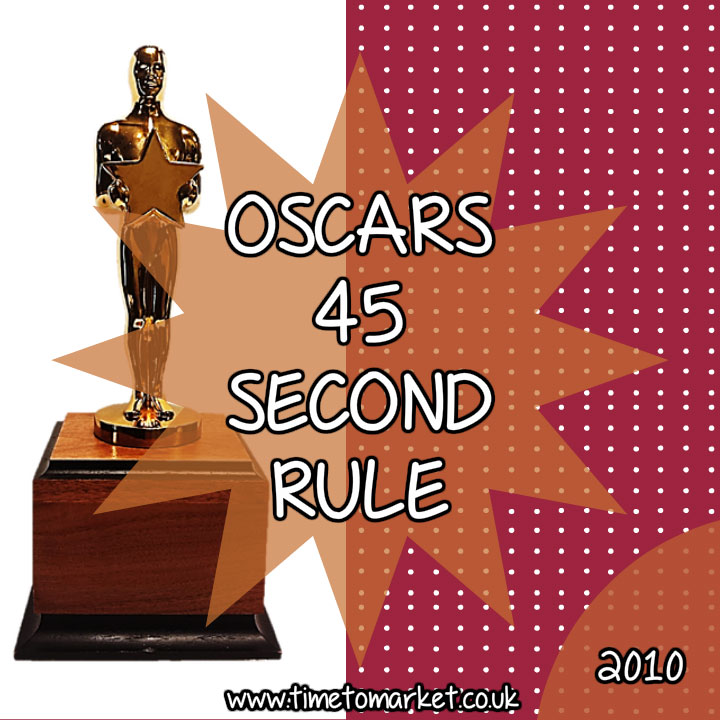 Lengthy speeches are clearly a problem, because they aren’t good viewing, typically. At issue are the long-winded, incoherent and largely self-centred speeches of winning stars and starlets. To the winner they might be endearing. But to the world’s TV viewers they have proved tedious. and boring. And of course, advertisers share that view. And, they pay the bills for the ceremony effectively. So, it’s certainly a case of he who pays the piper calls the tune. So, we have a new rule…at last.

45 Second Rule For The Oscar Winners

This year, say the organisers, winners will be restricted to 45 seconds of speech in front of the mike. So, 45 seconds to make their fulsome thanks to one and all involved in their success. And that’s it. No more gushing speeches. No plaudits for their highland terrier or their masseuse. And certainly no trawl through the personal memory bank.

Here’s to brevity, wit and coherence in the film industry.

But, we will have to see how they police this new arrangement. It sounds entirely do-able. But some stars might not appreciate being drowned out by music after their 45 seconds of speech-giving fame.