Some time ago a President Mugabe speech might have been cause for some celebration. Celebration as he railed against everyone and everything with rhetorical flourish and verve.

But times have changed. 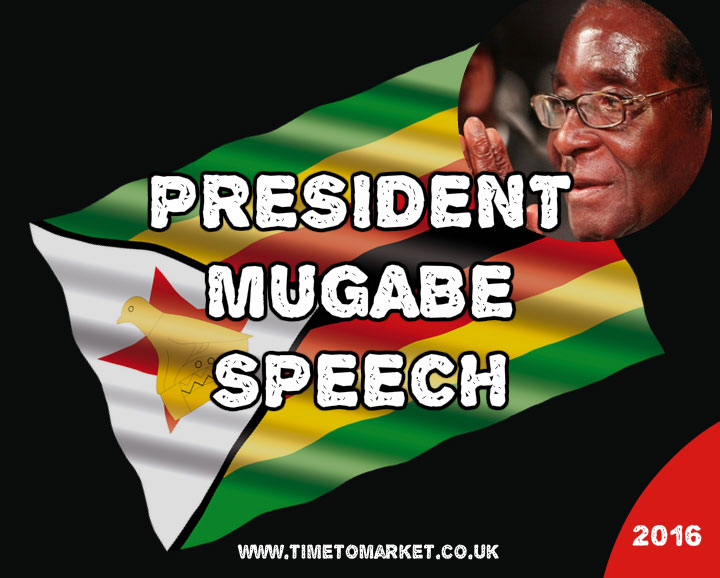 There's no denying that the regime remains as oppressive and dangerous as ever. But at the age of 92 the President no longer has it in him to entertain the crowds with a speech. Fortunately there was other entertainment to at the event.

The most recent President Mugabe speech at the Defence Forces Day celebration on 9 August 2016 was unexceptional and unremarkable. Except that it was brief.

At fourteen minutes duration this was one of the President's shortest speeches as President. Or even as Prime Minister, beforehand. However, he managed to read it completely, unlike the lost speech at the ZANU-PF conference in 2015.

The fire and brimstone in his voice has gone. He has replaced it with a tiring dirge. So he delivered a monotonous and slowly-delivered construct. At 14 minutes in length, his speech was tedious. One can only applaud the President in keeping his speech short. Quite what would have happened had he tried to speak for an hour or so!

But despite the dreary delivery this President Mugabe speech did contain some key elements. Because there were elements that could have been explored more.

This present united army was born out of integration of the previous warring forces of Zanla and Zipra on one side and the Rhodesian forces on the other.

True, and somehow it's remained loyal and effective ever since. Remarkable!

Although the war of liberation ended 36 years ago, our country is still faced with remnants of war in the form of unexploded ordinates particularly so along our border with Mozambique where our ZDF is involved in de-mining.

Equally remarkable and courageous work at that. And perhaps that's where this speech just didn't make it. Because the President had material in his speech. But it was in the wrong place. He mixed it all up and he delivered it poorly.

Do you care to guess who will deliver the President's speech at the 2017 Defence Forces Day in Zimbabwe? It's a tough call. But if it's to be another President Mugabe speech his audience must hope for something more imaginative.

When you need to prepare for your next speech in public you can always get yourself ready with a skills refresher. That's because this half-day public speaking session gives you all the time and space to finesse your speech whilst you practise. You can always call us to discuss further.