There was a time when the Queen’s Speech at Christmas was the much-anticipated TV event of the season. But things have changed over the years. That’s certainly since the peak of 27 million viewers for the speech in 1987. Some viewing figure. 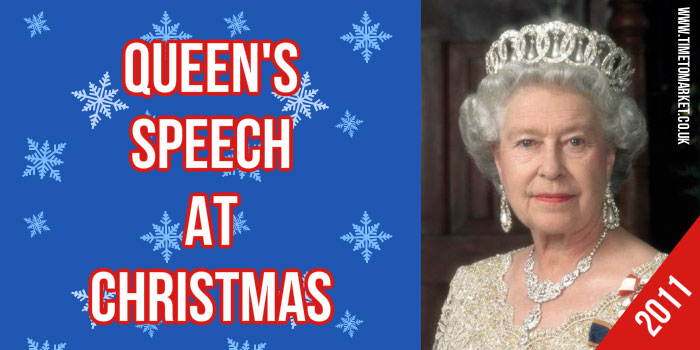 But we suspect that the falling viewing figures well re-bound in spectacular fashion. That’s because there’s considerable interest in the Royal family this year. Since, there are, of course, two Royal weddings and Prince Philip’s 90th birthday.

Around the world the Queen’s speech at Christmas, the 59th of her reign, remains eagerly anticipated. Nowhere more so than in Ireland. Really, Ireland?

Yes, it seems that Ireland has found an enthusiasm for the Queen’s speech at Christmas since her successful State Visit to Ireland in May 2011. The hope is that the speech, which will be broadcast around the world, will feature plenty of footage from the State Visit. People hope that it will highlight many of the picturesque sights and scenes of Ireland taken during the trip.

There’s a relentless commercial logic to the enthusiasm. Many Irish citizens anticipate that the Speech, produced this year by Sky News, will be upbeat, buoyant and full of scenic photography. Not least of Ireland. The Emerald Isle should shine. Well, that’s the expectation. And that’s got to be good for the tourist industry in Ireland, surely.

If a speech can engender such interest that’s got to be a good thing.

When you want to discover more about public speaking you can always dip into our top tips for public speakers. And with more than 100 top tips, there really is something for every occasion. You might even find some tips for your presenter Santa list with some great ideas such as the Logitech wireless presenter. Just, don’t forget the batteries.

But, when you need to build interest for your speech why not join a public speaking course. With more than 40 training centres to choose from, you are never that far away. Or, perhaps, you’d appreciate the one to one focus that comes with an individual coaching session. Whatever your thoughts on your public speaking needs, please don’t hesitate to get in touch.