With the 20th anniversary of the release of Nelson Mandela from prison in South Africa comes the memory of his Cape Town speech on that day in 1990. Amid scenes of wild jubilation and some chaos, Mandela brought out his prepared speech and reached into his pocket for his glasses. But that was nearly as far as this particular Nelson Mandela speech got. Why? 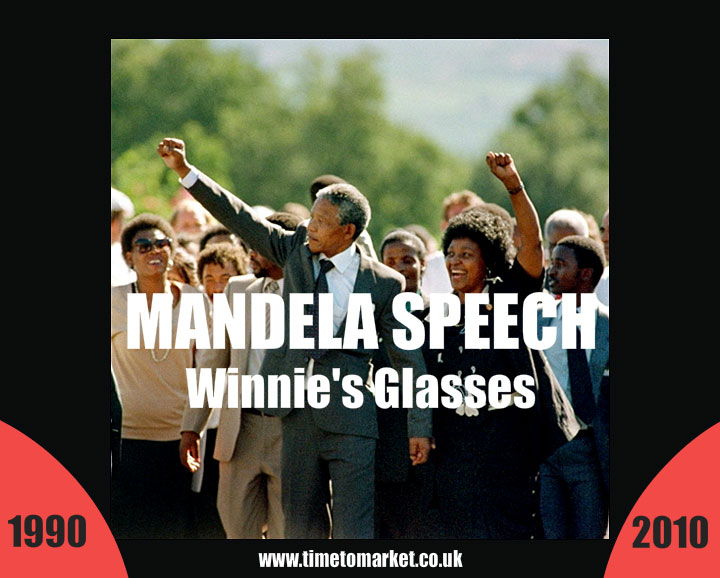 Well, he didn’t have his glasses. They simply weren’t there! He’d left them in his Victor Verster prison cell, from which he’d just been released.

But there was no panic. Because he knew that his wife Winnie had a similar optical prescription to his own. So Nelson Mandela borrowed her glasses for the big occasion of the first Mandela speech of his new-found freedom. Thus, with Winnie’s glasses perched on his nose he began his first speech after 27 years of captivity. Resourceful and resilient, glasses, no glasses or, indeed someone else’s glasses.

You can choose a public speaking training course at any one of more than 40 training centres. Or, if you prefer, you can also have a training course at your own offices anywhere in the country. All you need is a good-sized space, some power sockets and a flip chart. We might not be as resourceful and resilient as Nelson Mandela, but we don’t stop trying. Please don’t hesitate to call us when the time is right.