We've noted the debate before about Hillary Clinton's paid speeches. So it's significant today that details of many of those paid speeches have been leaked by the hacking specialists, Wikileaks. 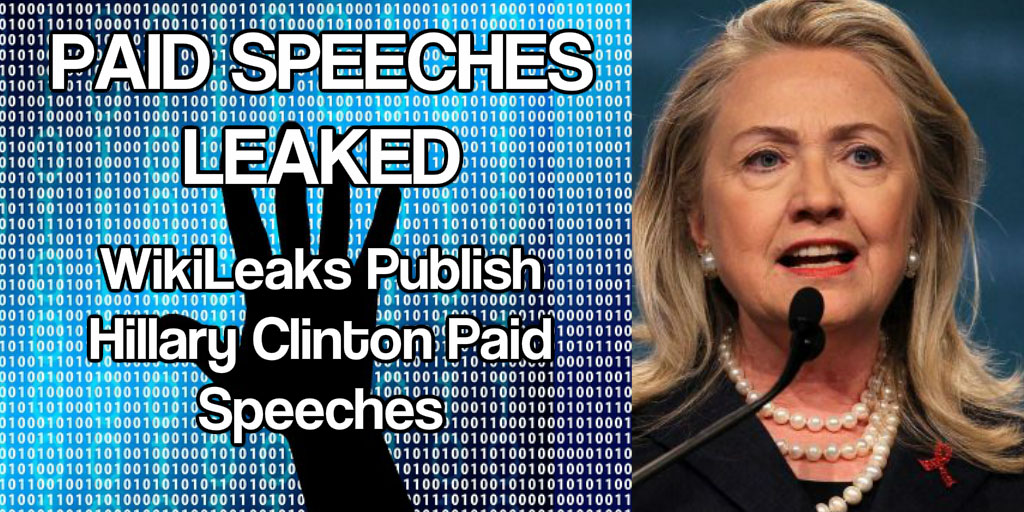 Mrs Clinton earned as much as $225,000 per speech as she built her Presidential campaign war chest. So, it's easy to see how estimates put her public speaking earnings at some $22 million since she quit as Secretary of State.

It's the scale of the earnings that's of interest. But, additionally, it's the sources of the funds and, of course, what was said.

We've known the sources for some time. These were paid speeches to Wall Street firms and other large corporations, both American and otherwise.

But, until the WikiLeaks, we haven't know what was said. Neither transcripts nor recordings were ever offered. Both of which were not surprising.

What is surprising, perhaps, is the candid nature of these paid speeches. Mrs Clinton noted:

There is such a bias against people who have led successful and/or complicated lives.

Undoubtedly, the leaks will raise further questions. That's the nature of the beast. because containment just isn't going to work here any longer.

As a candidate Mrs Clinton has been criticised for being a bit out of touch with real people. And that concern is clearly known to her and her advisers.

Kind of far removed because the life I’ve lived and the economic, you know, fortunes that my husband and I now enjoy, but I haven’t forgotten it.

Additionally there were concerns about the cosy nature of her relationship with Wall Street. During the Democrat nomination campaign she noted:

I believe strongly that we need to make sure that Wall Street never wrecks Main Street again. No bank is too big to fail, and no executive is too powerful to jail.

However, that sentiment is probably out of kilter with many of the cosy comments made in these leaks.

Without doubt we can expect further Wikileaks revelations before this campaign is over.