It's normal for us to find a speech that typically enhances someone's character or standing. That's the usual pattern for a speech. Good speeches tend to reinforce perceptions of the speaker or, indeed, build those perceptions. So, we were horrified to come across a pilot speech promoted on Twitter. Horrified because the pilot was ejected from her plane following her on-board speech. A rare case indeed of public speaking anxiety among the audience. 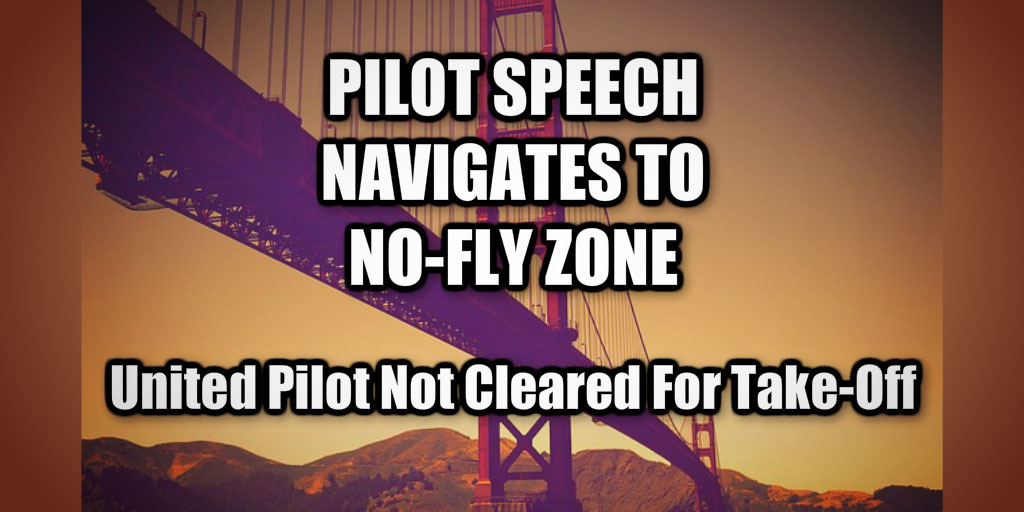 It seems that the United Airlines pilot was looking to fly the plane from Austin-Bergstrom International Airport to San Francisco on Saturday. Well, that was the plan, at any rate.

She arrived late for the flight and proceeded to board the plane wearing civilian clothes. Within moments she grabbed the on-board microphone and started speaking to the waiting passengers.

Normally these types of speech from the pilot are well-received. However, not on this occasion.?

The pilot noted her civilian clothes and asked whether passengers were OK with this arrangement.

She got on in street clothes and asked if we were ok with her flying like that. We all said okay. Cute, right?

That seemed to be fine with most passengers. But then the pilot speech took a turn for the worse. Mumbling, utterances and non-sequitur phrases aren't good at the best of times. That's really so if the speaker is set to fly you from Austin to San Francisco. A few expletives, a rant about the President election and a word or two about her divorce then sealed the matter.

So I’ll stop, and we’ll fly the airplane,”

So, yes the inevitable happened. A slow trickle of passengers started to leave the plane. And that was followed with the pilot being removed from the plane, and an alternative pilot being found.

Some adventure. For all concerned. And no doubt the poor pilot is being cared for somewhere. But not in San Francisco.