It’s exactly 40 years since the death of General Charles de Gaulle, first President of the Fifth Republic in France. And in the intervening years each and every French President or Presidential aspirant is compared to the General. Comparisons are clearly hard with the passage of time. But there’s no stopping them. So, yesterday we heard a President Nicolas Sarkozy de Gaulle speech. 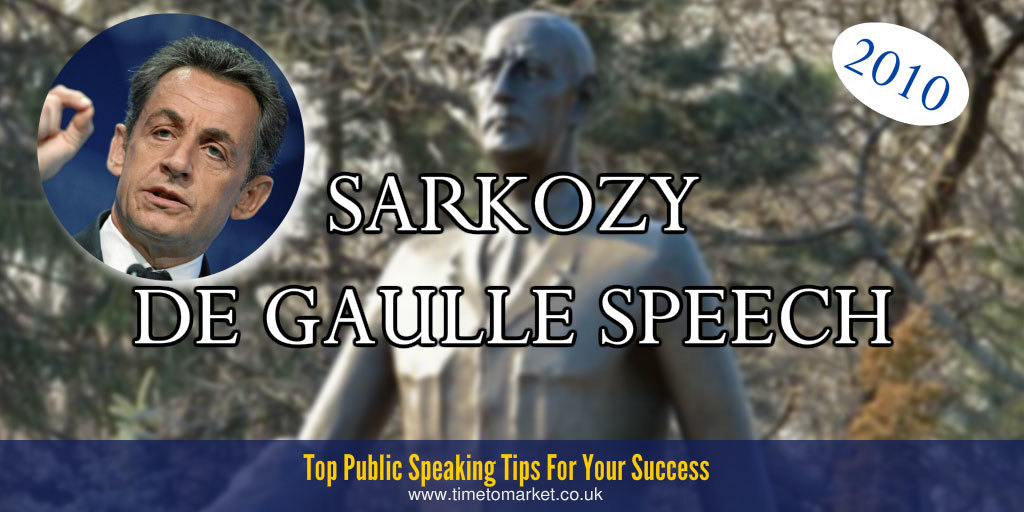 It was, of course, the turn of the current President, Nicolas Sarkozy, to claim the mantle. For himself, as he attended a wreath-laying ceremony to mark the 40th anniversary at de Gaulle’s grave in the village of Colombey-les-Deux-églises. And his speech claimed a legitimacy derived directly from de Gaulle.

The speech was lengthy. That might have signalled Gaullian legitimacy.

It began with a question:

“What would de Gaulle have done?”

He then set out to answer that question, stressing the obvious difficulty of doing so. What followed appeared to be an uncanny defence of his own world outlook.

The entire speech device, a contrast with de Gaulle, worked. Its timing was impeccable. The speech was given as the Constitutional Council in Paris set about ratifying his plans for pension reform—plans that have inspired protest throughout France. Not dissimilar to De Gaulle’s difficulties with students and workers in 1968.

The device enabled Sarkozy to point out the General’s single-mindedness, resolution and sense of purpose…reflecting his own determination to take the difficult decisions and then stick with them.

As a rhetorical analogy it worked.

Do the French people really believe that Sarkozy has inherited the mantle of General Charles de Gaulle?

His first few years in power don’t hep the Sarkozy case. So perhaps this Sarkozy de Gaulle speech might signal more resolution from the incumbent President.

You can discover plenty of insights for your own speeches with our series of top tips for speakers. And with more than 100 top public speaking tips, there’s bound to be something suited to your next speech or conference. And, when you need more focus on your own public speaking skills, don’t forget that a well-constructed training day will get you ready. So, when the time is right, please don’t hesitate to get in touch.