Newly elected Donegal South West Deputy Pearse Doherty has used his maiden speech in the Irish parliament, the Dail, to round on the country’s opposition party, Fine Gael. 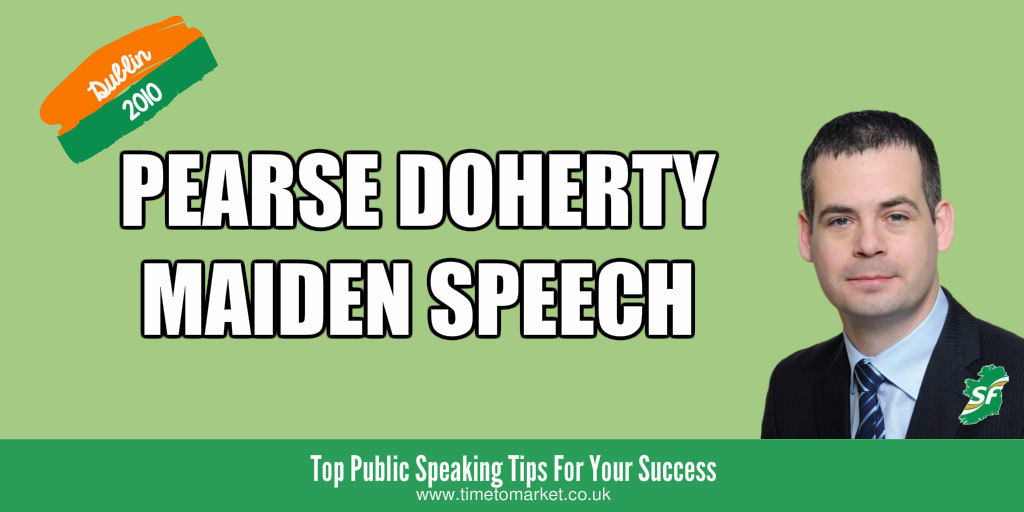 Breaking an unwritten code of non-sensational maiden speeches, Sinn Fein’s new Deputy laid into Fine Gael for their support of the current Government’s emergency budget. His speech outlined his view that the opposition’s support for the Government’s budget plan was more about political advantage than looking after the people’s interests. Perceptive.

First Speech In The Dail Has Impact

For a maiden speech he certainly made some impact.

That unwritten code for a maiden speech in the Dail isn’t that different to the code in the UK Parliament. For example, the Caroline Lucas maiden speech also in 2010 was totally anodyne in comparison. But, that’s what MPs expect and it’s what MPs typically deliver in their first speeches.

But at least we do get to hear a maiden speech from an elected representative, in most cases. Because in the House of Lords the Lords have waited nearly ten years to hear a maiden Lord Heseltine speech. Ten years, that’s crazy isn’t it? I mean, why bother sitting in the Lords if you can’t even make an effort with your maiden speech.

Of course when you need tips for your next speech, maiden speech or otherwise, you can always find them with our regular series of tips for speakers and presenters. And, with more than 100 top tips from which you can choose, there really is something for everyone. Plus, when you want to give your public speaking skills that added boost, why not consider a training course? Because a well-built training session will always help your public speaking confidence and skills. So, when the time is right, please don’t hesitate to get in touch.