No Match for Investor Audience in WPP Pay Vote

Death by PowerPoint is rarely, if ever, a sound presentation strategy. But was it a strategy at the WPP Annual General Meeting yesterday? Because, that’s the question being asked by investors who made the trip to Dublin to listen to the presentations. 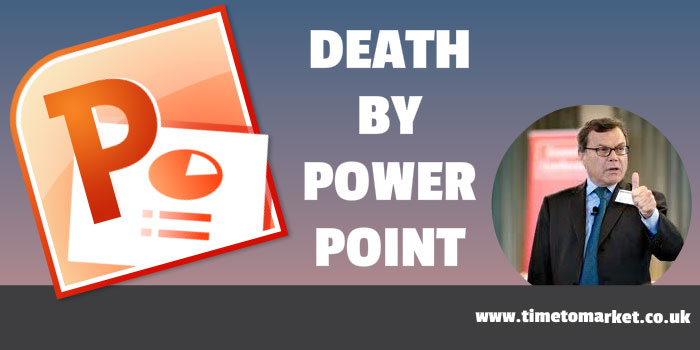 Death By PowerPoint At The WPP AGM IN Dublin 2012

Many in the audience certainly felt that death by PowerPoint might have been the plan. Sir Martin Sorrell, the Chief Executive Officer of WPP, the British marketing services business, kicked off the proceedings with a half hour PowerPoint presentation. Not too long, perhaps.

Colleagues from WPP divisions around the world then gave their PowerPoint presentations for another hour or so. The presentation has its give-away signs that WPP is a talented business. Yet, the PowerPoint slides remain turgid and dull. That’s because they bristle with facts, figures and the omnipresent PowerPoint bullet point.

Doubtless the media people tried to manage this set of presentations and were then beaten off by the investor relations team. Or was there a need to bore the audience into submission, before the all-important vote on Sir Martin’s pay packet? Good question.

The net result was a solid session of non-riveting PowerPoint presentations. But tedious as the PowerPoint slides were did they deflect the attention from a shareholder vote on the CEO’s £13 million pay? No. They did not.

Investors in Dublin and around the world managed to survive the death by PowerPoint onslaught. They then voted against his massive remuneration. That must be some consolation for one of the ablest British businessmen who’s built WPP since 1986 into one of the world’s leading advertisers. Will some of the shareholders also join the anti-PowerPoint party from Switzerland? No, perhaps not.

That’s advertising for you. Still, there are better examples that you can see. So, we can suggest this sweet results presentation from Tate & Lyle.