The Leveson Inquiry has already produced some delightful insights into the cosy relations between government, the press, the police and business. But can these insights be topped by yesterday’s revelations when the Prime Minister, David Cameron, was subjected to the inquisition? And the source of the amusement? Eve of conference speech texts received by David Cameron. 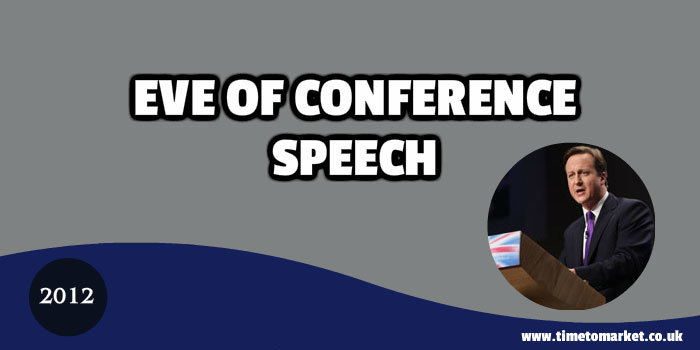 Just prior to his leader’s speech at the 2009 Conservative Party conference Rebekah Brooks, the new Chief Executive at News International, sent a rather gushing message to David Cameron:

I am so rooting for you tomorrow and not just as a personal friend but because professionally we’re definitely in this together.

Note the use of the very trendy adverb, so. A superb touch. She finished her text to David Cameron with the line:

Speech of your life? Yes he Cam!

Yes, that line had the audience at the Leveson Inquiry reaching for their sick bags. Plundering the tag line from the presidential election campaign speeches of Barack Obama was bad enough, but the personalisation for the leader of the opposition? It wasn’t meant for public consumption.

Now we all know that public speaking can be unnerving for some speakers. But what is more unnerving?

Move over, I’ll be on the public speaking podium any day.

Of course this could all be simple chatter between friends…in high places. But there’s a sense that receiving text messages from a business CEO prior to a party conference speech of some importance might hint at a deeper understanding between the parties involved.

Still, we can be thankful that a more explicit style of texting, popular among celebrities and footballers, wasn’t involved. Now that would really have put Mr Cameron off his stride before a party conference speech.

You can read plenty of public speaking tips to help you get ready for your next conference speech with our regular series of posts and podcasts. And, when you are ready to push your skills even further, then why not consider some coaching or training to advance those skills. please don’t hesitate to get in touch.