She's not unused to controversy. So it's not surprising that a Baroness Scotland speech should cause more controversy.

She was booked to give the Transparency International annual lecture in London at the Clifford Chance HQ. It's a prestigious event, so the Baroness Scotland speech was highly publicised and she had an attentive audience.

What could possibly go wrong? 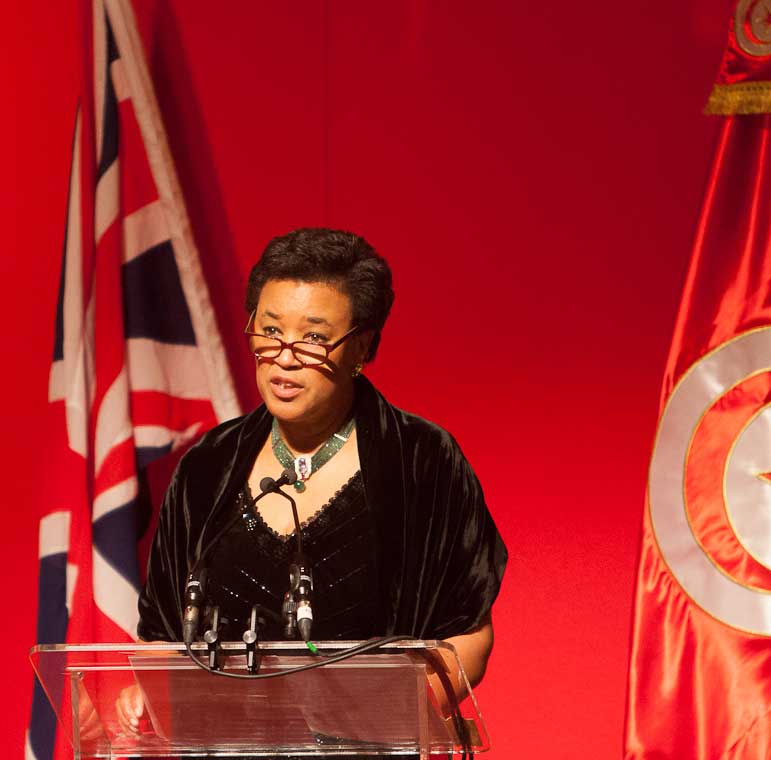 Quite a bit could go wrong, actually. With 24 hours to go before the Baroness Scotland speech, an aide contacted Transparency International. They noted that the Baroness would not mention certain items in her speech.

So, it was probably because of this criticism that Transparency International asked her to speak. They probably thought the Baroness could answer her critics in a "friendly" speech environment. How wrong they were.

But she wouldn't. And she didn't. Not very transparent. And not very suited to the mood of the annual lecture.

But the Baroness and her aides weren't finished. On the day of the big speech she arrived late. That's right. She committed the cardinal sin of any public speaker. She arrived late. And to cap it all, she then chose to leave early, so she could go to another event. Just amazing. A late arrival and an early departure. Now, she's not the first speaker to be late. But you don't want to make a habit of it. Nick Clegg's first Tweedledems speech was late. However, he recovered very well.

A spokesman for Transparency International said,

It would be unusual for us to invite the same speaker to deliver our annual lecture twice, but we would be likely to prioritise a speaker who will turn up on time, not leave early and stick to agreed speaking topics.

When the secretary-general needs some more conference speech tips, we suggest this video might be a start.

Aim to really understand your audience's needs and be absolutely sure of the venue. So very simple.

You can read plenty of tips for public speakers with our regular series of tips, hints and suggestions. And, when you are ready to give your public speaking skills a real boost, you can always consider public speaking training day. Please don't hesitate to get in touch when the time is right.