Strauss-Kahn Exercises His Liberty And Freedom Of Speech

A well-timed and well-executed speech can portend a return to public life…for some. So this Strauss-Kahn speech might just be the portent for more to come. Certainly Dominique Strauss-Kahn must be hoping that his recent speech in China might well herald a return to civil society. 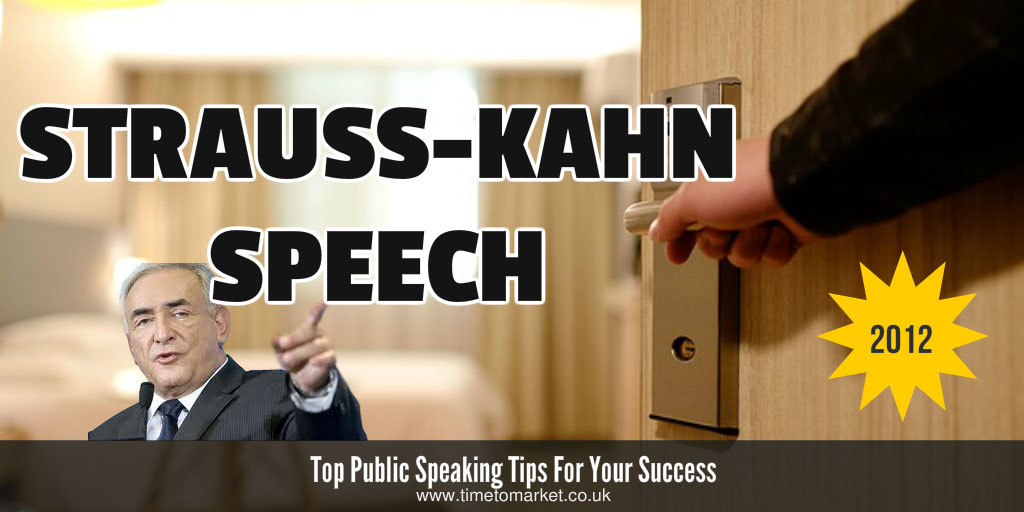 Dominique Strauss-Kahn, the former Head of the International Monetary Fund (IMF), had an eventful summer in New York facing charges of sexual assault in the New York Sofitel hotel. However, when the prosecution dropped all their charges, Mr Strauss-Kahn was free to return to Paris…no longer the head of the IMF.

So a well-timed Strauss-Kahn speech in Beijing, at the request of the Chinese internet business NetEase could mark a possible return to the high life. The conference was sufficiently high-brow to accommodate a man of his stature without being too overt. Another advantage was the sheer distance between Paris and Beijing. So very useful.

Of course his statesmanlike speech reviewed the economic and political threats facing Europe generally. Had he managed to avoid the Sofitel scandal then this is the sort of speech he would be making more regularly as a Presidential candidate in France. plus ça change. Still, it does mean we can enjoy the occasion Christine Lagarde speech instead.

As it was he would not comment on the Sofitel affair nor answer any questions on the subject. This was a workmanlike Strauss-Kahn speech that might prove the basis for more such public speaking.

Of course if you are considering a return to the world of work then you’ll find plenty of public speaking tips to help you get going again. And with more than 100 top tips for speakers and presenters, there’s a tip here for every opportunity. Plus, when you are ready to take your public speaking skills that little bit further, then a training course could well be the answer. Because public speaking training or coaching is a proven and cost-effective way to boost your skills and confidence. So, when the time is right, please don’t hesitate to get in touch.