When a speech by Anthony Albanese, leader of the House of Representatives in Australia, lifted material from the movie The American President, we saw the funny side: Hollywood speech writing. Now it’s getting even funnier. Because Mr Albanese’s controversial speech attacked Australia’s opposition leader. And now it’s the same opposition leader, Tony Abbott, who’s accused of taking material from real American presidents. Yes, a Tony Abbott speech once again in the headlines. 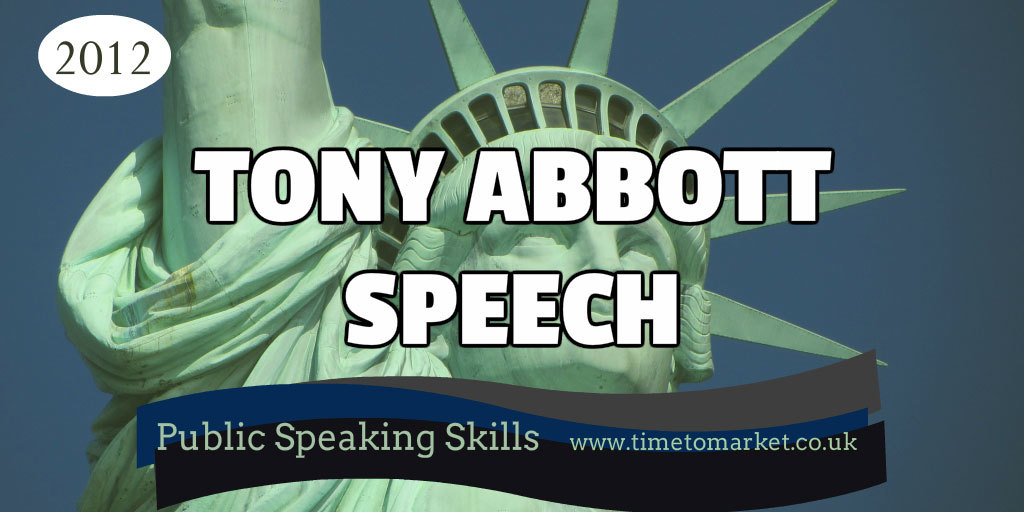 So, this week the Tony Abbott speech noted:

At the heart of Labor’s failure is the assumption that bigger government and higher taxes are the answer to every problem.

And in February 1973 President Nixon noted:

At home, we must reject the mistaken notion…that even bigger government is the answer to every problem.

More currently the Tony Abbott speech also borrowed a line or two from President Obama’s 2012 State of the Union address:

The current leaders of the Labor Party have failed to understand what Abraham Lincoln knew in the marrow of his bones, that government should do for people what they can’t do for themselves and no more.

I’m a Democrat. But I believe what Republican Abraham Lincoln believed: That government should do for people only what they cannot do better by themselves, and no more.

There’s a big fuss in some quarters of the Australian press about all this. But should we really be concerned?

Good speeches, good lines and good speakers can all stand imitation. Because the warp and weft of solid speech writing depends on the re-cycling of material that’s worthy.

If I’m allowed a request, it’s that the Australian public be treated to some Australian-sourced material next time their politicians give a speech? The richness of Australian language over the years can’t be overlooked.

You can always discover plenty of public speaking tips full of insight for your speech writing. And, when you want even more focus on your own skills, then don’t forget that a tailored public speaking course should be just what you really need. So, when the time is right, please don’t hesitate to get in touch.