To Pay Or Not to Pay. That Is The Cudlipp Lecture

Alan Rusbridger the Guardian Editor gave the Hugh Cudlipp lecture on Monday. His speech, “Does Journalism Exist?” was a tour de force assessment of the future for modern journalism. And what a future that is. 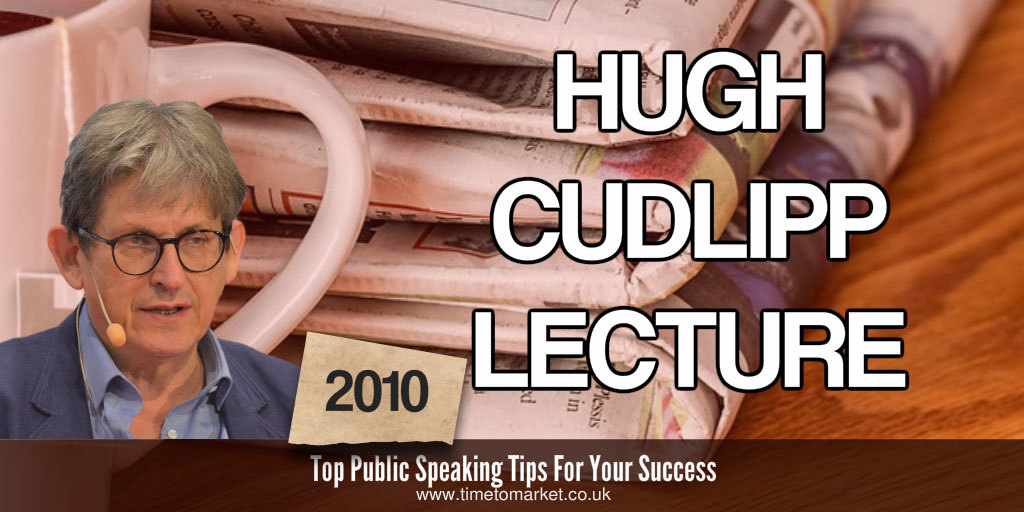 Because his introduction conjured an image of today’s journalist pondering how their daily pay or future pension might be sustained by their craft—journalism. Of course, such pondering was alien to the journalists of 30 years ago.

This introduction enabled Rusbridger to discuss business models. An equally alien concept to many journalists today, let alone in Hugh Cudlipp’s era. So, he explained how a drive towards online content charging was being touted by Rupert Murdoch’s media empire as the way forward for the New York Times and the Times. Disappointingly he didn’t note the examples of the Financial Times and the Economist that have offered paid content for several years now.

The Hugh Cudlipp lecture then  explored the Murdoch contention that the BBC’s free content model damages the prospects of a paid content model. He then drew a useful analogy with the USA. Because there, broadcasters are in as much trouble as their UK counterparts. But they don’t have a home-grown public broadcasting body of note. And so, he finished with a note that a Murdoch-inspired regulatory onslaught on the BBC might not have any impact on the competitiveness of paid content models at all. Damage the BBC but do yourself no good was the view.

Indeed, Rusbridger went on to highlight how the Guardian had considered and rejected the paid content model.

It’s an undeniably open access model; supporting advertising, widget and paid print revenues. And bizarrely it’s a model that already fits with some branches of the Murdoch empire: the Sky News web site or some of News International’s free book publishing web sites for example are free to access with no plans for paid content.

Two Models More Likely Than One

Open access is clearly preferred to that of closed paid only journalism. But the examples in this Hugh Cudlipp lecture suggest that a mix of the two models is a more likely scenario. The suspicion remains that there is more to the onslaught on the BBC than a discussion of the merits of paid content or free web content alone.

So, this was a good lecture that made some fine use of multimedia. But, better signposting throughout would have made for easier following.

You can discover plenty of public speaking tips with our regular series of top tips for speakers and presenters. And, when you are ready to give your own skills a real boost, you can always opt for some public speaking training of your own. So, when the time is right, please don’t hesitate to get in touch.