BBC Speech Points To An Internet Way At Crossroads

At a crossroads. That’s the position of the BBC speech from Tony Hall its Director General.

The BBC is at a cross-roads.

In a speech at New Broadcasting House in London today the Director General laid out his thoughts and ideas for the future of the BBC. That’s important because the BBC has a schedule for its Charter to be renewed next year.

In the past the process of Charter renewal has been fraught with political, economic and social argument on the BBC’s future. So, will it be different this time? 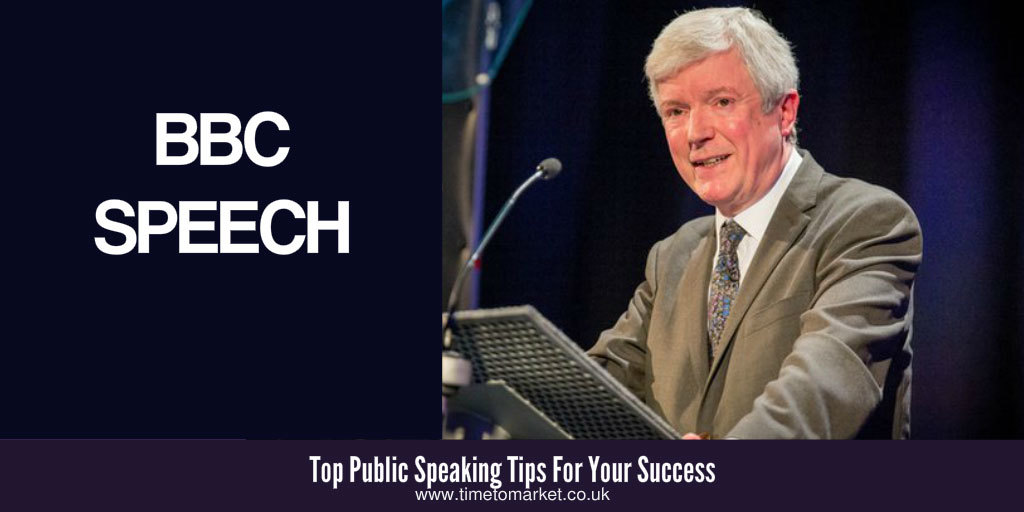 This time around there’s still argument. Yes, plenty of argument about the role played by the BBC, its future direction and, of course, its future funding.

In his BBC speech the Director General sought to set out the choices that can be made.

Yes, this was a well-crafted speech. Speaking with autocue the Director General laid out the argument for an internet inspired BBC. His introduction was a classic reference to a date.

His introduction set the scene and the tone for his speech. Then, he followed up with the rationale for the BBC speech today:

Today I want to talk about the BBC in the era that Horizon saw coming. Why do we still need the BBC? What will it do? How must it change?

We’ve invited you here because these questions may need to be answered quickly, with decisions about the BBC’s future made after the next election. And I also want to respond to last week’s Select Committee report on the future of the BBC.

Structure To This BBC Speech

I want to make three arguments.

And then he listed all three of them. Perfect. Three main points in the speech, with supporting sub-points and evidence where needed. That’s ideal.

His speech made good use of repetition to enforce a point when needed.

What other service, company or organisation can say this about itself – that daily it wakes us up, make us laugh, makes us cry, makes us wonder, question, start conversations, come together, dance around the living room, despair at the world and celebrate great victories.

But shorter forms of repetition were equally emphatic.

Problems In This BBC Speech

So, were there any problems with this speech? Well, anyone who’s been on a Time to Market presentation skills course will know the phrase, “we are at a crossroads…” And they will also know that crossroads suggest at least three choices in addition to that of turning round and heading back. But, Mr Hall’s metaphorical crossroads for the BBC appears to have only two choices. Perhaps that’s a necessary limit right now.

And my favourite piece of this BBC speech?

Take news. It’s easy to find something on the internet that looks like a fact, that squawks like a fact but that isn’t a fact.

You can always discover plenty of public speaking tips and hints with our regular series of top tips for speakers. And with more than 100 tips, you should find something for your next speech. Plus, when you really do need to boost your own public speaking skills, you’ll find that a one-day training course should do wonders. Please don’t hesitate to get in touch when the time is right.