Indisputably we know that Summer is here. But it’s not the heat, the T-shirts or the shorts that give the game away. No, each and every year we know it’s summer when we hear of freedom of speech being tested in America’s schools. 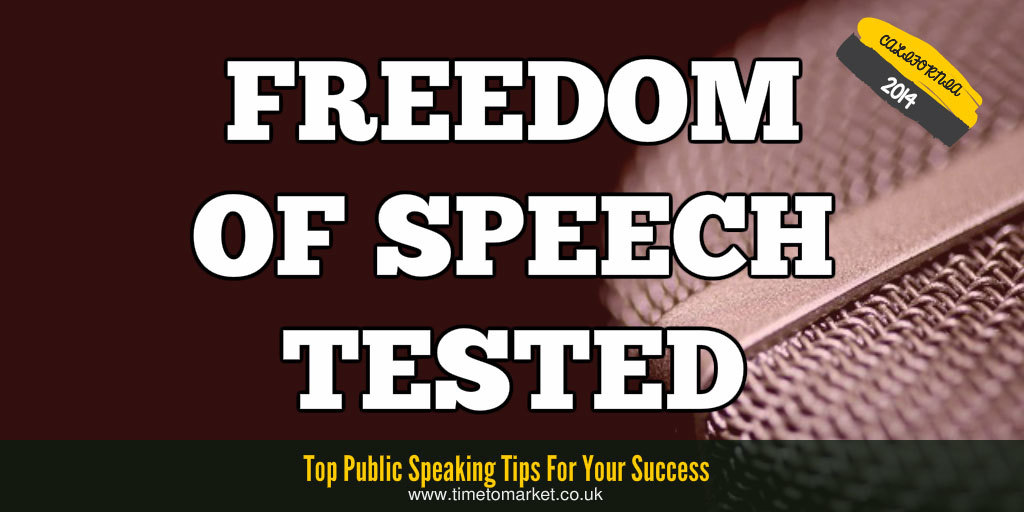 Every year State schools in the land of the free dance a merry jig with freedom of speech. It happens every year and we typically comment on the silliness of it. This year it’s the turn of a student at school in California who’s testing the State’s and country’s attitude to freedom of speech.

The student, Brooks Hamby, is this year’s class salutatorian at Brawley Union High School in California. As salutatorian he gets to give a speech. He’s the salutatorian because he’s competent, articulate and able. But the State doesn’t trust students to give speeches without the State’s approval or censorship. On this occasion they rejected Brooks’s salutatorian speech three times.

There’s No Stopping Freedom Of Speech

But did it stop him? Of course not. That’s why he’s the class salutatorian. He’s competent, articulate and able. Able enough to say, “I’ll do this and take the consequences.”

No man or woman has ever truly succeeded or been fulfilled on the account of living for others and not standing on what they knew in their heart was right or good.

Brooks is certainly not the first student to have his speech censored by school administrators. And he probably won’t be the last to fall foul of the country’s strange approach to freedom of speech. But there is some change. In previous years we’ve noted the readiness of school administrators to withhold exam results. Their aim being to censor a graduation speech and bar a student’s access to college. That doesn’t seem to be the case here. That’s probably progress.

When you want top tips to edit your speech, then why not join us on a public speaking course. You can join a public course at one of our more than 40 training centres. Or, you can have us organise a training day for your team. Corporate public speaking training is always a good option and makes your training budget go further. Please don’t hesitate to call and discuss.