There can’t be many speeches by famous speakers that manage to lie unheard for 50 years. But that’s exactly what’s happened to a 1961 Malcolm X speech. The former Nation of Islam leader had sought out a speaking opportunity at Brown University in Rhode Island. This was after he had read an article by student Katharine Pierce. 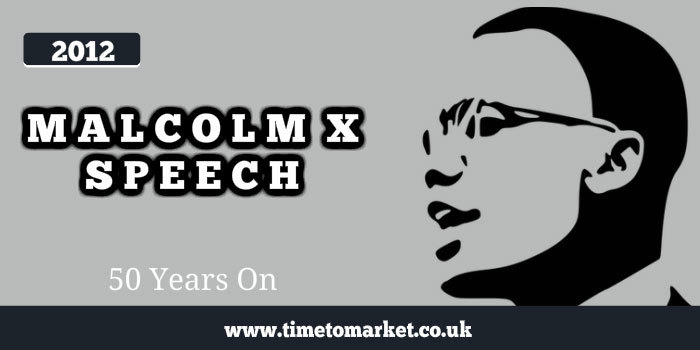 Pierce’s article in the Brown Daily Herald had been read by other members of the Nation of Islam. And so, Malcolm X wanted the chance to defend their views in public.

It was Pierce’s colleague, Richard Holbrooke, the editor of the Brown Daily Herald and eventual career diplomat, who pleaded the case with the University. And he then organised the speaking visit back in 1961.

Neither Malcolm X nor Richard Holbrooke, who died in 2010, wrote their memoirs. So, that’s where the story of the speech seems to have stopped.

That is until a Brown senior Malcolm Burnley got involved. The University assigned him a creative writing task. So he ventured into the library vaults and started reading old copies of the University newspapers. As you do. He then followed a trail from a single black and white photograph of Malcolm X to a short article. And eventually he followed that trail to the writer of the original Brown Daily Herald article, Katharine Pierce.

Katharine Pierce confirmed the story. But then…she retrieved a long lost tape recording of the Malcolm X speech from her attic.

He read his audience very, very well as a fine public speaker does

Dozens of eyewitnesses confirmed the story. They all agreed that they might not have agreed with his views back in 1961 but Malcolm X was a compelling speaker.

In today’s multimedia age your speeches won’t be unheard of for long. But when you want some tips, hints and suggestions for your own speeches then you can always discover our series of top tips for speakers. And, when you need to really boost your public speaking skills, then please don’t hesitate to get in touch.