Sarkozy Lyon Speech Cozies Up To the Converted

An audience of 8,000 flag waving supporters is a guaranteed way to fire up the passions of any speaker. And when you are the French President, faced with a battle to win re-election, that’s an opportunity not to be missed. So, the President Sarkozy Lyon speech at the weekend saw him in defiant mood. Full defiance as he used his electioneering platform to bash his nearest rival for the Presidency, Francois Hollande. 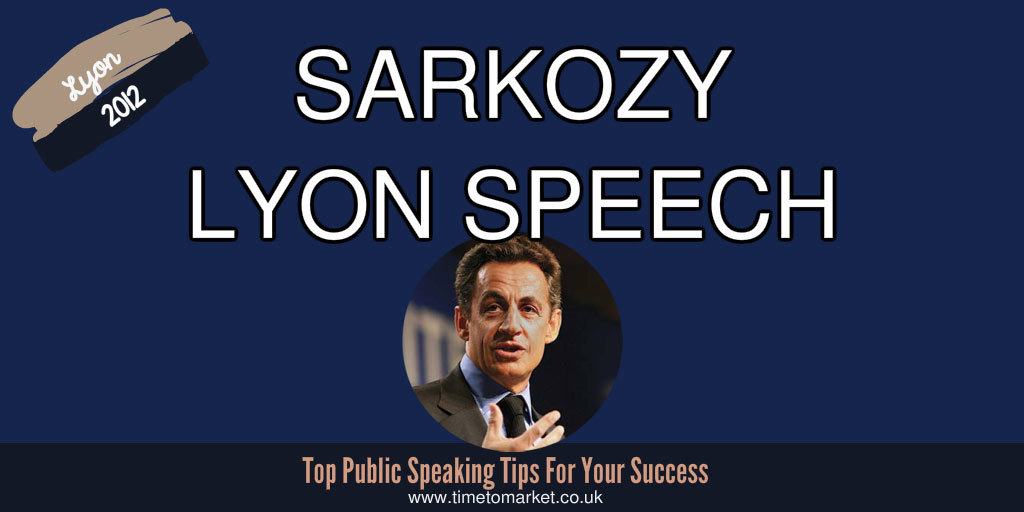 Only weeks ago observers noted that the President hadn’t really got into his electioneering stride.

However, his Lyon speech on Saturday suggested that he now has. In fact poll data suggests that the gap that existed between the two leading candidates has closed. But president Sarkozy’s poll rating is still a long way from his 2007 election levels. To applause, the Sarkozy Lyon speech noted:

Yes, a good blow aimed there at his Presidential election opponent.

President Sarkozy’s Lyon speech at 45-minutes was far from elegant. It didn’t seem to note any new policy initiative. Yet still his audience loved it. Speaking to the converted has something going for it.

You can discover a whole series of public speaking tips and suggestions for your next speech with Time to Market. And, with more than 100 top tips for speakers, there’s always something for every speech opportunity. Plus, when you want to hit the dizzying heights of oratory with your speeches, then we can help. Because a well-balanced tailored training course will certainly have you ready for your next speech. Campaigning, Lyon or otherwise. So, when the time is right, please don’t hesitate to get in pouch.