We all know that politicians give more speeches than just about anyone else. And, for the most part, they are not that bad at public speaking. Though we can think of some notable exceptions to the rule. However, what we often miss is the practice and rehearsal that they put in before their speeches. Because every politician needs to snatch some speech practice before their big event. We noted earlier how you can rehearse your speech like Trump. But what of everyone else? 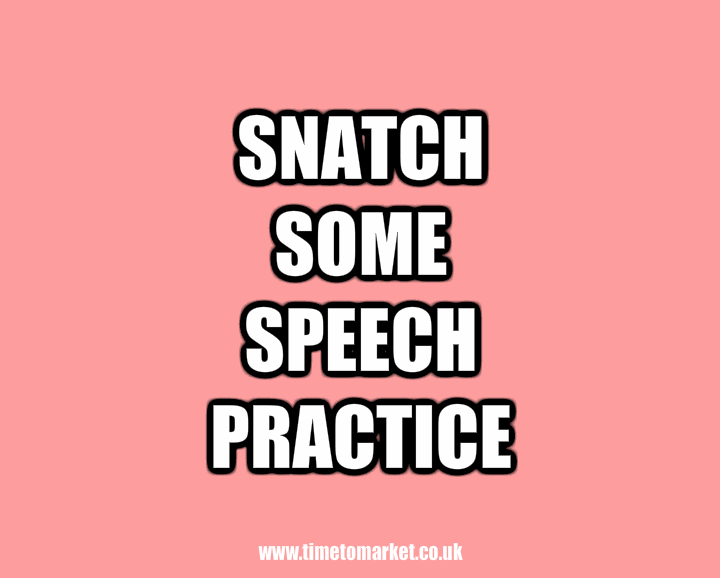 David Cameron Has To Snatch Some Speech Practice To Rehearse "Vagina"

This week we heard an anecdote about David Cameron. Apparently he had to practise some delicate words before he spoke at the 2014 Girl Summit in Walworth, London.

He was due to share the platform with a series of other speakers in London. But he apparently needed to practise his speech for several hours to get it just right.

According to Shevolution, FGM activist and Women’s Equality Party co-founder Nimco Ali told a story about David Cameron's participation in the Girl Summit 2014. She told the story when she spoke at an earlier discussion organised by the Eve Appeal.

So our former Prime Minister, David Cameron, had to say the word ‘Clitoris’. Because we keep talking about other parts of the body, and he kept on going red. And I’m like, ‘I’m sorry, I can’t help you going red in front of all this men from different countries that probably believe that the female anatomy shouldn’t be talked about. So [David Cameron and I] spent several hours talking into a mirror saying the word ‘clitoris’ and the word ‘vagina’.

Why You Should Also Snatch Some Speech Practice

So, when it came to the words in his speech the Prime Minister certainly had to snatch some speech practice before the conference. And that's how it should be. So, why do you practise your speech? There are three good reasons:

It's pretty clear that the Prime Minister had to snatch some speech practice to overcome his embarrassment. Tricky words, complex words or just plain embarrassing, you have to snatch some practice. Job done.

You can always discover more public speaking tips with Time to Market's series of tips, podcasts and videos. and, of course, you can always get involved with either a public speaking training course or a coaching session. And because we run these sessions at more than 40 training centres in the UK, you are never that far from your nearest venue.