When President Obama gave an emotional speech following the Sandy Hook Elementary School shootings in Newtown, Connecticut he was praised by one and all. Because even the staunchest of pro-gun lobbyists had to admit that his speech was powerful and evocative. But now that very same child protection speech is set to generate some real controversy. Controversy that it was not intended to cause. Because clips from President Obama’s earlier speech now point to a pro-life speech. This dramatic edit is contained in a new video production that promotes the March for Life in Washington D.C. 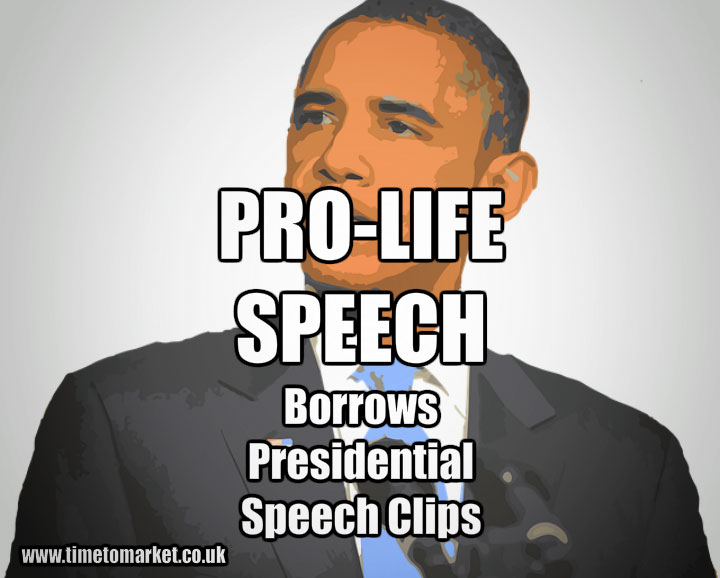 The video’s creator, Blackstone Films, is not endorsed by or affiliated with the The March for Life organisers, the March for Life Education and Defense Fund. But the organisation does clearly have a remit to promote an active participation in the march.

Something Borrowed. Something New For Pro-life Speech

Using video images of a presidential speech is not new. Others have borrowed clips in the past. But with this use of a President’s speech there is the apparent disconnect between the words in the speech that urge the sanctity of children’s lives and the pro-abortion stance of the President’s administration. A child protection speech has morphed into a pro-life speech.

Now if there is a debate in the USA that’s typically more animated than that of gun control then it’s got to be that of abortion.

I sense that borrowing the President’s speech to suggest a pro-life speech in this way is going to get very messy indeed.

You can discover lots of public speaking tips with our regular series of tips, podcasts and videos. Plus, why not consider a public speaking training course to give your skills a real boost. Because a one-day course could be just the means you need to really make an impact with your speeches. Please don’t hesitate to get in touch when the time is right.