Firth Triumphs In Hollywood With The King’s Speech

In his acceptance speech last night at the 83rd Academy Awards, Colin Firth, the winner of the Best Actor award for his performance in The King’s Speech, thanked everyone who had made the award possible. 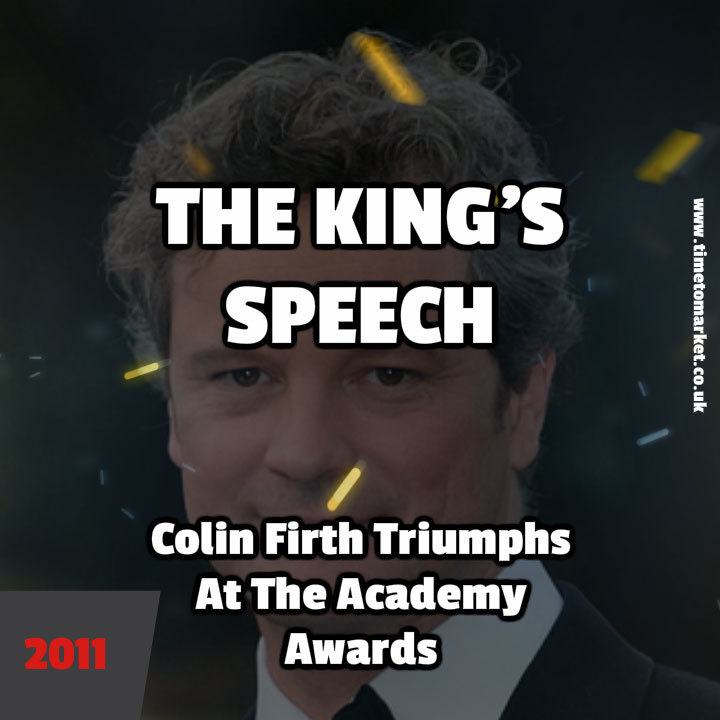 Keeping well within the strict guidelines for this year’s acceptance speeches, Firth used his short speech to good effect. Yes, he was hesitant. But this added to the over all effect.

He’s fond of self-deprecating humour in his speeches and this one was no exception as he made clear how nervous he was about the whole awards ceremony.

The King’s Speech Wins At The Academy Awards, 2011

His acceptance speech was the highlight of a very successful year for Colin and everyone associated with the King’s Speech. Last night the film, directed by Tom Hooper, scooped four Academy awards:

It’s true Colin’s acceptance speech wasn’t the unique masterful speech of the Golden Globes, but it did just about fit the strict timings for the Oscars ceremony. And the audience appreciated that.

When you need to get yourself ready for an acceptance speech, or indeed any type of public speaking, you can always benefit from a coaching session. Because a one-to-one public speaking coaching session gives you the confidence you need to be effective on the big stage. And, with more than 40 training centres to choose from, you are never far from your next session. So, please don’t hesitate to get in touch when the time is right for your next big speech.