Randy Newman Speech Aims To Slow It Down

A Randy Newman speech at the 83rd Academy Awards ceremony in Hollywood at the weekend certainly enlivened the proceedings. And that’s not just because he’s really popular with this audience. 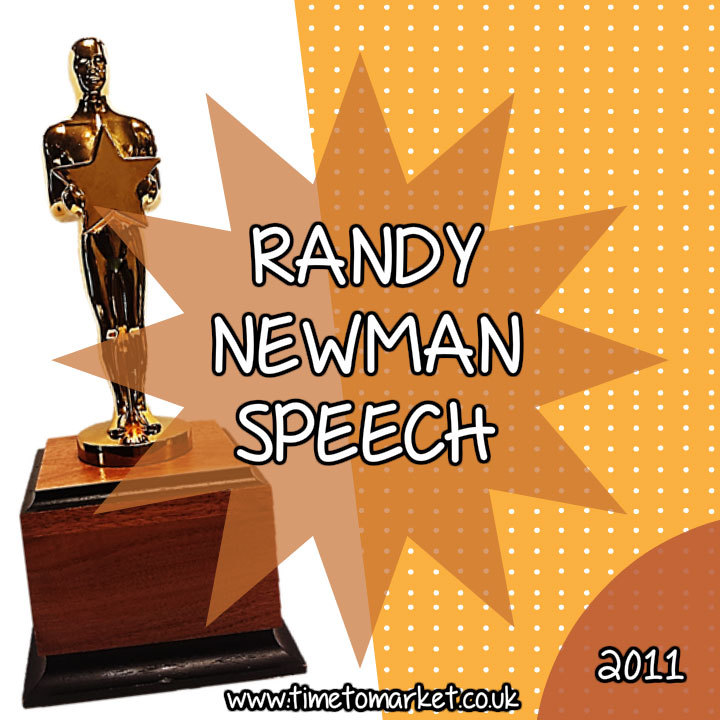 His speaking style is slow and languid and he used that style to poke fun at both himself and the event organisers. Yes, the same organisers who wanted slick and pacey television.

His speech was short, but probably a bit longer than the time allocated by the event 45 second rule. And it was the acceptance speech rules that he used as a central support for his speech. He noted how he’d been advised not to pull a speech from his pocket and read a list of names by way of thank you. So he didn’t. But that, in itself, was quite a contrast with the speeches from only last year. Because it certainly does seem that the organisers want to root out the problems with over-long acceptance speeches at the Oscars.

His short speech had its fair share of quiet jokes with him being the butt of most of them. Because self-deprecation is typically a winner when it comes to an acceptance speech. So, he got things going with the quick observation that 2 Oscars from 20 nominations was a pretty poor rate of return! Tongue in cheek, clearly.

This Randy Newman speech was a quietly industrious acceptance speech from the winner of the Best original Song for “We belong together” in Toy Story 3. A good winning choice and a good choice for acceptance speech.

You can always discover more ways to give your next acceptance speech with a one-to-one public speaking coaching session. And, because you can choose your coaching session at your own office or one of more than 40 training centres, you are never too far from your next session. So, please don’t hesitate to get in touch when the time is right.