The last time the Tories launched a manifesto it was a disaster. Both a disastrous manifesto and a disastrous Tory manifesto speech. That, of course led to the subsequent weak and unstable government of Theresa May. 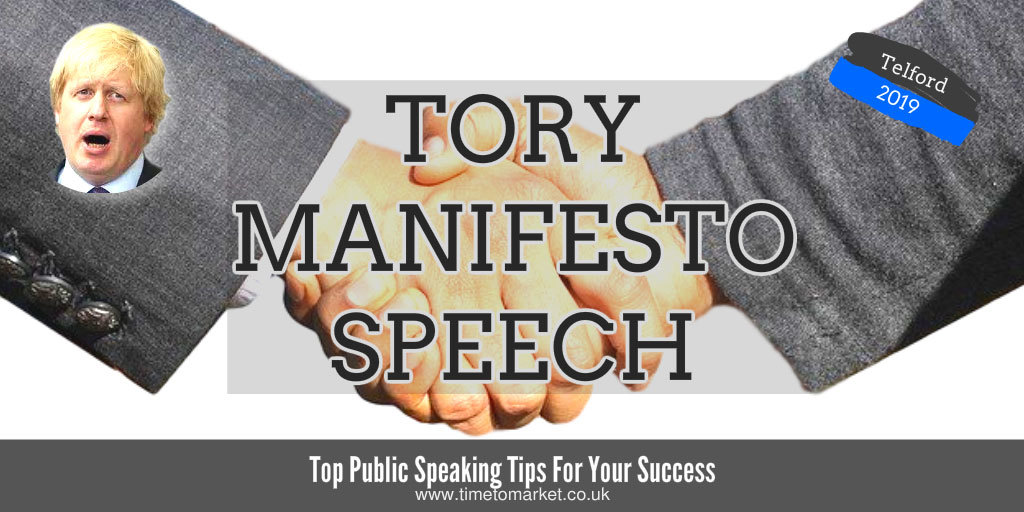 So we can only guess about the nerves before the Tory's manifesto launch in Telford yesterday. Of course Theresa May was in charge last time around. But this time it was Boris Johnson set to give the Tory manifesto speech. Would that add or detract from Conservative nerves?

As it was there was precious little to worry about. Not least because the manifesto itself proved lightweight. Not dissimilar to the svelte Mr Johnson himself. But we can only suspect that the manifesto was purposefully lightweight for a party wanting to get Brexit done. And this Tory manifesto speech made that abundantly clear.

The Prime Minister was certainly in an ebullient mood for a Sunday morning on the campaign trail, with fewer than three weeks to go. And this Tory manifesto speech was no less ebullient, characterised throughout by humour, hesitation and flights of apparent fancy. Indeed, it was quite at odds with the Labour manifesto speech in Birmingham.

As for Labour – as for Labour, they will plainly give in to Nicola Sturgeon and waste the whole of next year in two more referendums, one on Scotland and one on the EU

He used to be indecisive – now he’s not so sure

We heard some good use of repetition.

Do we want 2020 to be a year of defeatism and despair?

No we don’t. We want to move forward because this country has an incredible future

This Tory manifesto speech, all 14 minutes of it, was probably more typical of a Boris Johnson speech of a few years ago. Certainly it was prone to flights of fancy, changes in tempo, madcap story-telling and some dramatic pauses. But, also some dramatic hesitation for effect. At times, you could be mistaken for wondering if he'd hold it all together.

The Position Is Clear

And, of course, that's what he did. Since this manifesto speech was in the same league as earlier conference speeches. He also managed to unleash some cracking position takers, that perennial favourite of politicians everywhere.

You can come with us, and have a government that backs our armed forces as a power for good around the world

We support our police, putting more and more on the street, support them in fighting knife crime –

they say stop and search is inappropriate and oppressive

and, in conclusion we heard,

Do you want to wake up on Friday 13th December and find a nightmare on Downing Street, a Corbyn-Sturgeon coalition of chaos?

You can always discover plenty of public speaking tips and hints with our regular series of tips, podcasts and videos. And, with more than 100 tips for speakers in the series, there's something for every public speaking opportunity. Plus, when you want to really develop your own skills, then why not consider some training or coaching? Because it's never too early to boost your skills and confidence. So, when the time is right, please don't hesitate to get in touch.