Ann Black, chair of the Labour Party National Executive Committee, had the role of announcing the winner of the Labour Party’s leadership contest today at the Party conference in Manchester. And she chose to announce the results to the rest of the Party (and the country) with a PowerPoint presentation prequel to the big announcement. 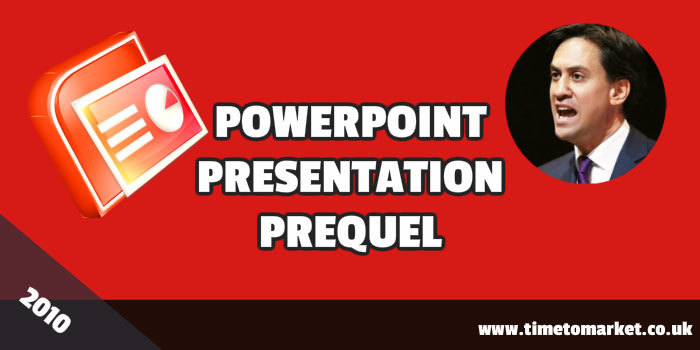 And if there was any uncertainty about her choice of presentation medium, then the reasoning behind her decision became clear after a short while. Because, the voting system behind the leadership campaign did its best to look modern. However, it also looked modern and muddled at the same time. But there was more too. Because the added complexity of the alternative votes compounded the sense of complexity. So this PowerPoint presentation prequel to the event itself rode to the rescue.

And rescue it did. Because it handled the complexity of the different voting sources and their different weights…members of Parliament, Members of the European Parliament, party members, Trades Union members etc. Yes, it was a long list.

And, of course there was a lot of detail. Because this became clear as Ann read out the data.

The PowerPoint presentation prequel certainly helped the conference audience to grasp what was happening…to a degree.

And, of course, it allowed a visual representation for the allocation of the alternative votes as one after the other candidate was “knocked out” of the contest.

With this PowerPoint presentation, Ann managed to present the results in a formal and comprehensive fashion. So, on this occasion PowerPoint proved both effective and worthwhile. Well done, Ann. Well done PowerPoint. And, of course, well done to Ed. Because this was also the prequel for his first generation speech at the labour conference.

When you need some help with your next PowerPoint presentation then you can always turn to our regular series of presentation tips. And, when you really want to give your presentation skills more emphasis, please don’t hesitate to get in touch.