Untruths, misspeaks and unattributed quotes might well be the currency of politicians everywhere. Not least in our recent General Election campaign. But when the United Nations sets about a climate conference in Madrid, then you might expect some more honesty and integrity. Yet that's not the case with the António Guterres speech at the COP-25 conference (25th Conference of the Parties) 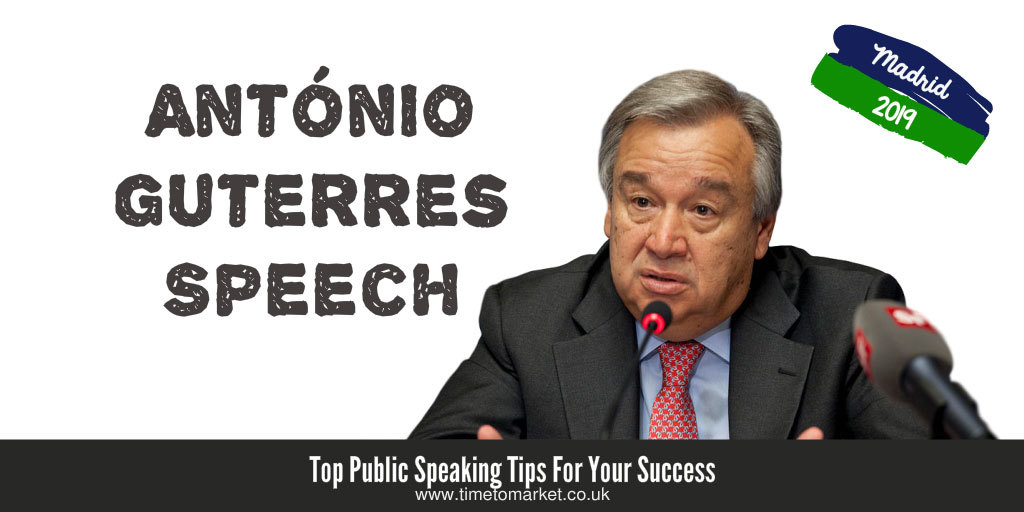 An Antonio Guterres Speech In Madrid Fails To Explain

Because it seems that once you become the big cheese at the United Nations then you certainly don't need a few pesky facts to get in the way of a good story.

Of course good story-telling is an essential but often overlooked skill for public speakers. Just look at this Archbishop Dolan speech for an example.

But, of equal importance is a speaker's command of the facts, the figures and the statistics. And so is the ability to communicate them clearly. And that's where we get back to the António Guterres speech

Because he certainly doesn't let some facts get in the way of his climate emergency story. And yes, facts can be dull. But, equally, so can stories be dull. Because if you don't explain something and provide evidence then you won't get real understanding.

Of course the facts don't support the claims in the first sentence at all, despite the world's population being significantly bigger than it was seventy years ago. The number of deaths attributed to natural disasters is minuscule and the number of events is on a downward trend. 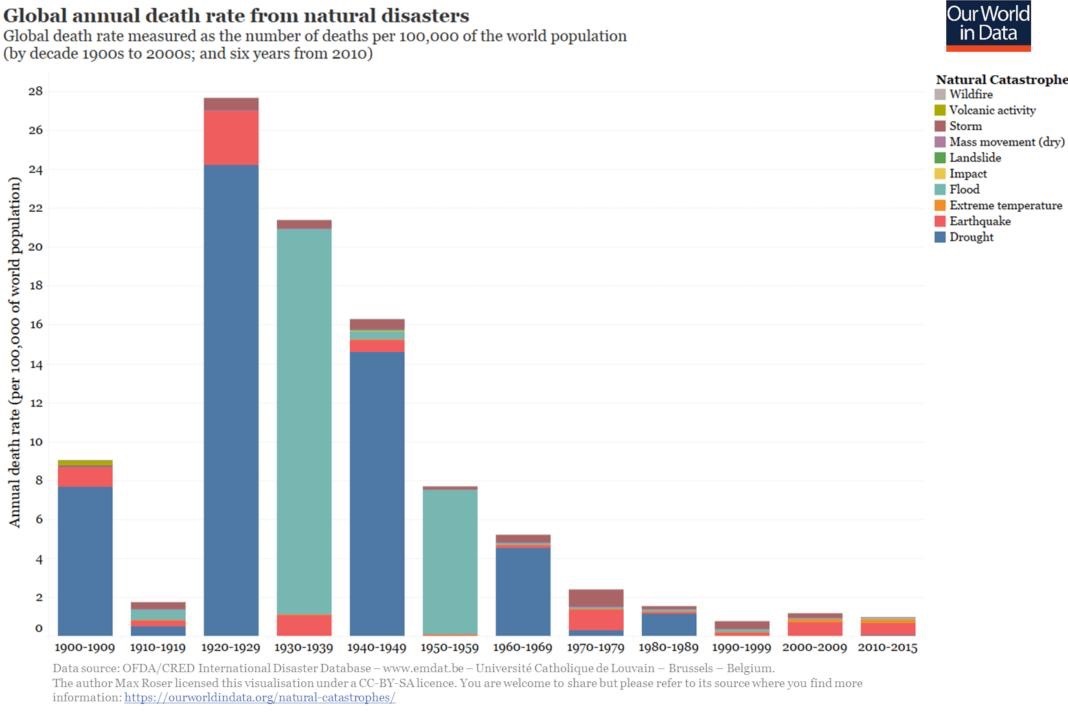 Similarly the cost of these disasters is also on the decline. Yes, their absolute value rises every year. But, the cost of replacing modern infrastructure is considerably more costly than that of timber fishing villages.

Global Weather Losses As A % Of GDP On Decline

So, that's the first sentence covered. And it's also the point at which we gave up listening. Of course you are welcome to review the short António Guterres speech in more detail.

However, when you want to achieve a little more with your next speech than this António Guterres speech then you can always follow these five steps. Since it's always a good idea to appear knowledgeable when you engage your conference audience.

Your job as a speaker is to help your audience to grasp something that they hadn't grasped beforehand. Otherwise, why would your audience be there and want to listen to you?

Of course you can always discover plenty of public speaking tips here on the website. And, with more than 100 top tips for public speakers and presenters, there really is something for every event. Plus, when you are ready to expand your own public speaking skills, then why not get in touch about skills training for yourself? So, when the time is right, please don't hesitate to get in touch.