There really is something odd about a candidacy speech at the EU Parliament in Strasbourg. That's particularly so when the job appointment has, in essence, already been agreed upon. But Ursula von der Leyen gave such a speech today prior to a secret ballot of MEPs. And were there other names on the ballot slips? No, just the one name. And the putative European Commission President simply had to secure a minimum of 50% of the votes. 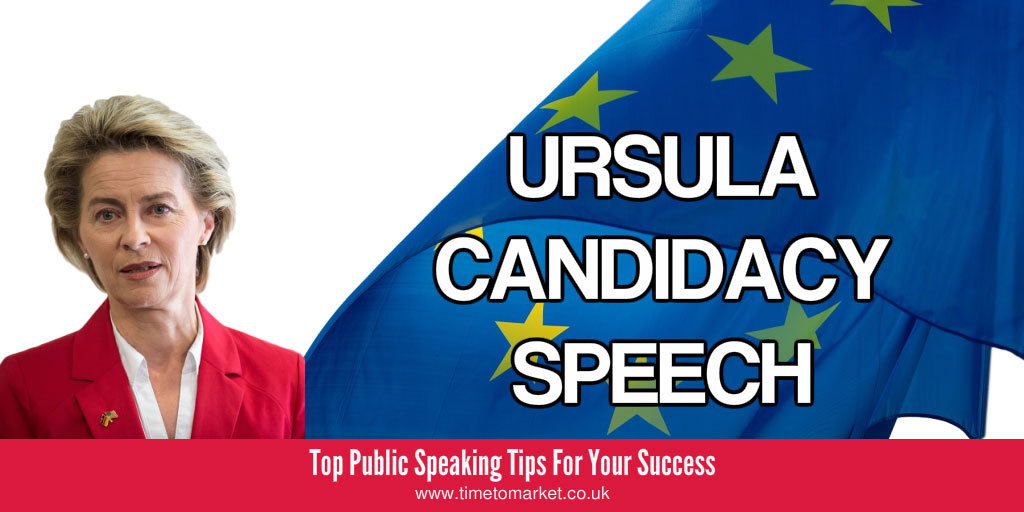 The evening's vote resulted in a split of 52% in favour of Ursula and 48% against. So, can we expect another vote because of the closeness of this ballot? Did the Strasbourg electors really know what they were voting for? No, they might not have. But another vote just isn't going to to happen. Because only the nation States of the EU have to vote again until they get the right answer.

Her 30 minute candidacy speech set out her aims and ambitions for an enlarged European Union over the course of her Presidency. Now, that's already quite impressive because we have heard an awful lot of lengthy speeches from EU characters.

Her candidacy speech began with a traditional glance at the past. This is a very popular way to open your speech, not least because it's simple to fashion.

Exactly 40 years ago, Simone Veil was elected as the first female President of the European Parliament and set out her vision for a fairer and more united Europe.

It is thanks to her, and to all the other European icons, that I am presenting my vision of Europe to you today.

Beyond her opening lines, she continued in a powerful fashion.

The founding fathers and mothers of Europe created something powerful out of the rubble and ashes of the world wars. Peace.

And this led quite swiftly to the crux of one of her opening points. The need for unity within the EU.

None of these options are for us. We want multilateralism, we want fair trade, we defend the rules-based order because we know it is better for all of us. We have to do it the European way. But if we are to go down the European path, we must first rediscover our unity. If we are united on the inside, nobody will divide us from the outside.

If we close the gaps between us, we can turn today's challenges into tomorrow's opportunities.

Content In This EU Speech From Ursula von der Leyen

And, rather neatly, this then allowed Ursula to direct her candidacy speech to a series of measures that she want to push through the Commission and have the Parliament rubber stamp. Fair enough, that's how it works in Brussels and Strasbourg.

By way of her conclusion her speech remained characteristically powerful and upbeat since there's no denying she comes from a fully political family. Her father was a head of cabinet in the Hallstein Commission and then Director-General for Competition in Brussels. Yes, political elites have families and they follow in line.

All of us in this room live in a Europe that has grown, matured and become strong with its 500 million inhabitants.  More than 200 million people went to the polls. This Europe has influence. It wants to take on responsibility for itself and the world.

That is not always easy — I know that — it is painful and exhausting, but it is our most noble duty!  People want to see that we can deliver and move forward. Our young people are crying out for that. My children say to me, quite rightly, ‘Do not play for time — use the time to get things done'.

That is my mission. And in that I need your help and support. I am calling on all Europeans to get involved. It is the most precious thing we have: es lebe Europa, vive l'Europe, long live Europe!

So, a poweful conclusion to a mercifully short candidacty speech in this very odd appointment/ election.

Of course, if you are planning your own candidacy speech then you want to be prepared and practised. But, if you want help and assistance with that, then please don't hesitate to get in touch. Because with a range of public speaking coaching services we are here to help.