Morocco’s King Mohammed VI knows that he is not immune to the waves of protest sweeping through the Arab world right now. Some three months ago he instituted a series of reform investigations. Reforms that sought to ward off more popular uprisings. But yesterday, despite reservations, the Morocco King’s speech announced a set of new constitutional developments. 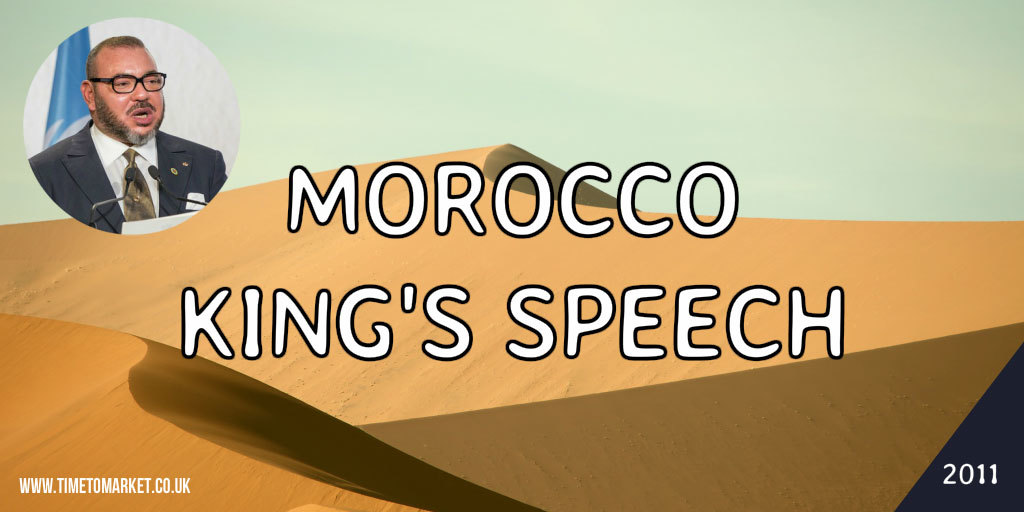 The protest movement had its reservations about the reform process; particularly as not all interested parties were involved in the 3-month consultation. So they might see this Morocco King’s speech as premature.

We won’t comment on the originality or usefulness of the King’s proposals. Is there a democracy deficit, perhaps? But, certainly his language left much to be desired.

Kings should command respect for their words and deeds. But these words were turgid. The introductory sentence to the King’s speech comprised:

I am addressing you today to renew our joint commitment through a new Constitution, which represents a watershed event in the process of completing the construction of a State based on the rule of law and on democratic institutions, and to firmly establish the principles and mechanisms of good governance, provide for dignified citizenship and ensure social justice.

Ahem. These are the sort of words prepared by a palace flunkey. It’s the speech writing you’d expect of someone who could very soon be looking for a new job. And so it’s reminiscent of the Bahrain King’s speech-writing.

To be fair, the King used some good repetition in his speech. Thus, “My Loyal Subjects”, was a popular phrase!

And he used some good structure signals to emphasise the ten main points he had to make about the constitutional changes.

It’s possible that his speech doesn’t translate well into English. That’s always a possibility. But that apart, I sense that he’s going to need to become a more persuasive, energetic and powerful speaker if he is to remain a constitutional Monarch after the country’s referendum on 1st July.

Of course, you can find a whole series of public speaking tips here, so you are ready for your next leadership speech. And when you sense the need to boost your own public speaking skills even further, then please don’t hesitate to get in touch.