The President’s Tucson speech at the University of Arizona in Tucson had three aims. These were to: 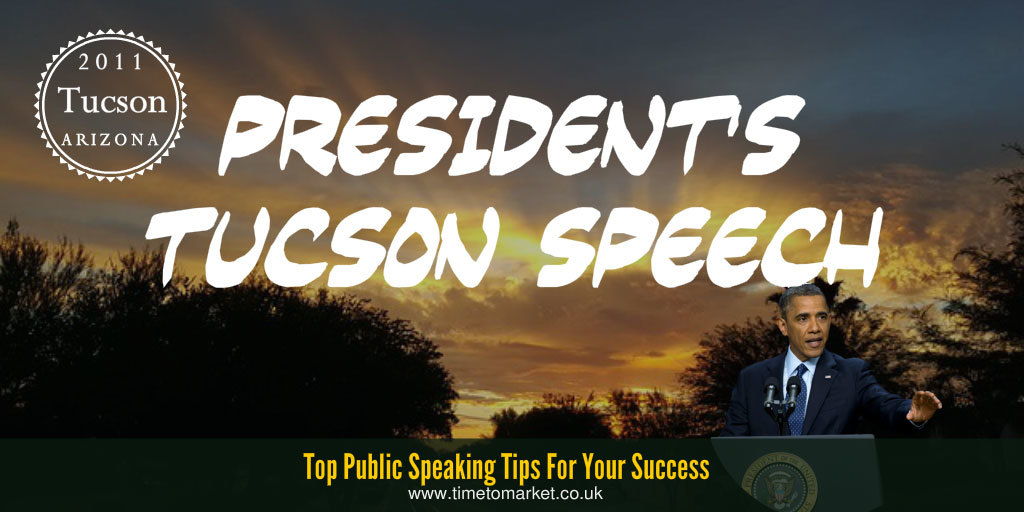 Despite his animated election campaign speeches, his Presidential demeanour is very often cerebral, serious and reserved. Only occasionally do we see the former passion of the campaign trail.

But on this grim occasion he hit all the right notes. His 33 minute Tucson speech did everything intended. He was solemn, serious and compassionate. His words were uplifting, especially when he mentioned the heroism of Tucson bystanders.

He steered clear of too many rhetorical devices. There was effective use of repetition and some good referencing to Abraham Lincoln’s Gettysburg Address with:

“Gabby called it “Congress on Your Corner,” just an updated version of government of and by and for the people.”

He noted that the tragedy does not signal a search for political culprits:

Whether his political colleagues can fulfil his expectations is still to be seen. Let’s hope so.

When you have an important speech to give you can always look for inspiration in our public speaking tips. Because with more than 100 top tips for speakers and presenters, there’s something here for every occasion. Plus, when you want to re-define your own public speaking skills, then you’ll find that training and/ or coaching will give you just the improvement you need. So, when the time is right, please don’t hesitate to get in touch.