Colin Firth’s portrayal of King George VI in the film, The King’s Speech, earned him a well-deserved Golden Globe at the annual awards ceremony of the Hollywood Foreign Press Association last night. But his acceptance speech also won him some accolades as well. Because the Colin Firth Golden Globe speech was as near faultless as it comes for an acceptance speech. 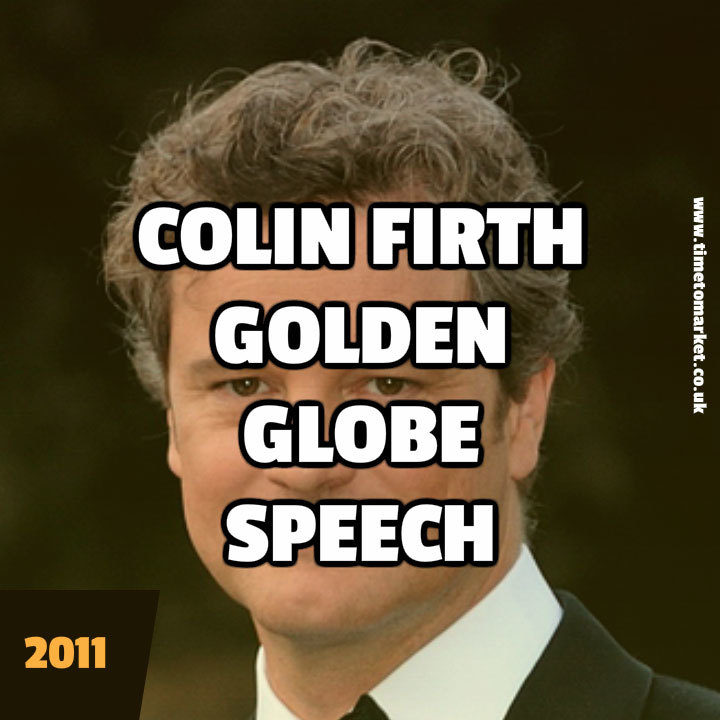 The film tells the story of the Duke of York (and soon to be King George VI) as he struggles to overcome a speech impediment. The King has the assistance of an Australian vocal coach and his wife, the Duchess of York (Helena Bonham-Carter). It’s a powerful story, not least as the King prepares to give a speech to the Nation and Dominions as the threat of world war grows.

Colin Firth’s acceptance speech after winning the award for Best Actor was, of course, pure master class. So, his speech was short and precise. Yes,  it came in at two and a half minutes. So, it would not meet the new 45 second speech rule for the Oscars. But that wasn’t a problem with the Golden Globe organisers.

The introduction to the Colin Firth Golden Globe speech featured good comic timing and perfect delivery. His notes of thanks to his “supernaturally-talented” fellow cast were well-constructed and finely delivered with some tidy references, perhaps, to the earlier monologue from the show’s host, Ricky Gervais.

This was a cracking speech for the occasion.