Speaking Of Presidents And The Power To Persuade 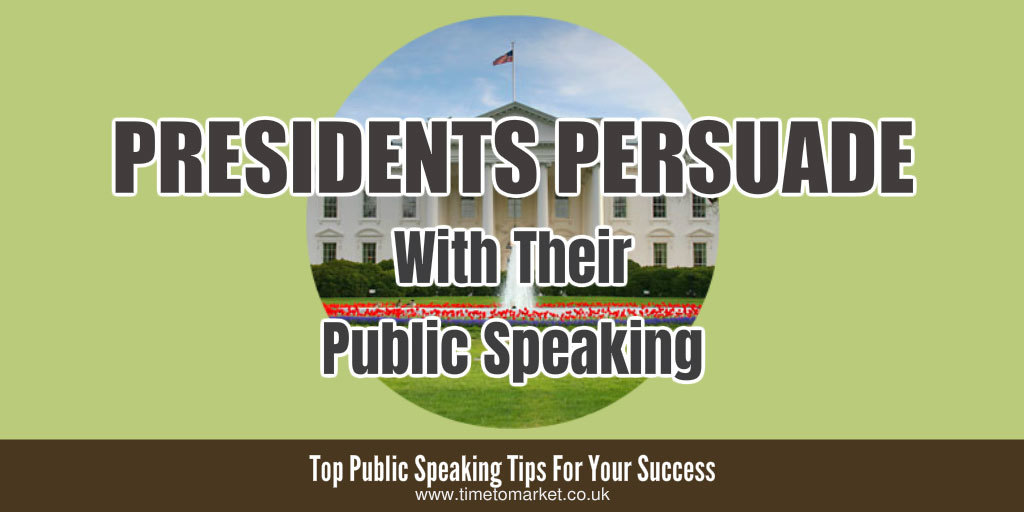 Presidents Persuade is The Key Finding In This New Study

Much of the analysis is provided by George Edwards. When George was the director of the Center for Presidential Studies, at Texas A & M University in 1993 he ran a program on Presidential rhetoric. That program spawned a conference. And the conference spawned a whole series of analytical debate on effective public speaking. So the matter of whether presidents persuade really got bigger and bigger.

Presidential Power To Persuade In Government

But in government it’s different…and it’s evident in the President’s approval numbers and the audience figures for the speeches themselves. We saw this very clearly with the President’s Libya speech where audience numbers were very low. So, speeches have very limited impact upon an incumbent President. In fact the New Yorker article shows how some speeches actively work against a President achieving his objectives. No persuasion needed here, then.

But if speeches don’t achieve much, you might ask the question, “why do Presidents bother with speeches?”

The answer is complex. But simply put, we want them to give speeches. Congress expects speeches and the State of the Union Address. Although in 2019 that invitation was most contentious. And, clearly, everyone feels better when Presidents give speeches. But, we know that actually Presidents don’t persuade with their speeches. It’s that simple.

Apparently a President who doesn’t give speeches is a President who’s disengaged from the people. Now that’s something that no politician can survive. However, the speechless dictator, Kim Jong-Il got away without a speech for 18 years. But that’s quite different. And no-one was ever going to persuade him to give a speech.

You can always discover plenty of public speaking tips with our regular series of tips for speakers and presenters. Because with more than 100 top tips, podcasts and videos there’s something for every speaking event. Plus, when you need to give your own public speaking skills a well-earned boost, then why not consider some training? Because a well-constructed training course will always give you the skills and confidence you really need. So, when the time is right, please don’t hesitate to get in touch.