So, the Prime Minister's long-anticipated Brexit speech was finally delivered at Lancaster House. Theresa May gave her speech to a packed audience of diplomats and other officials at the historic site of so much past diplomacy. What hope for diplomacy, we might ask? 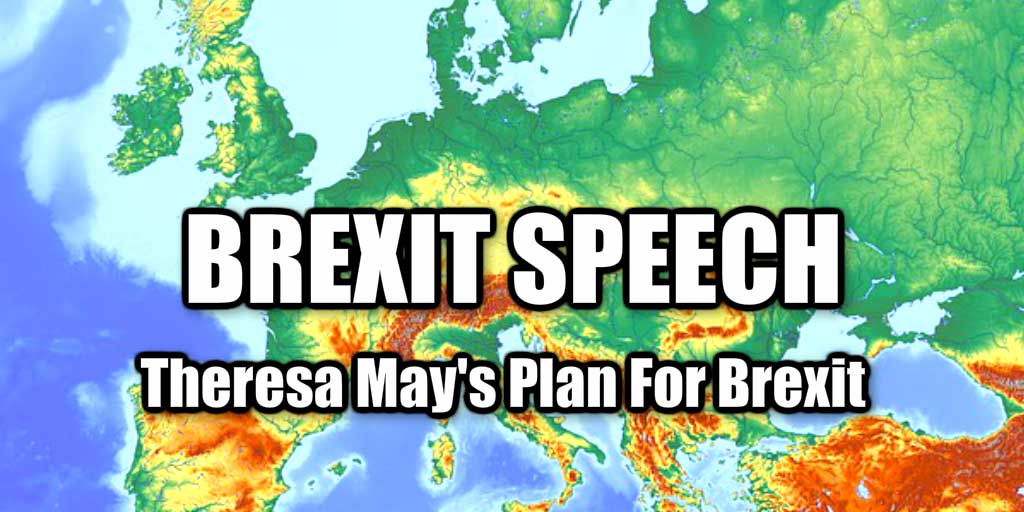 Her speech started with a date. A classic start for her Brexit speech.

A little over six months ago, the British people voted for change. They voted to shape a brighter future for our country.

They voted to leave the European Union and embrace the world.

Her introduction made clear what this Brexit speech was about. And indeed what it wasn't about.

And it is the job of this Government to deliver it. That means more than negotiating our new relationship with the EU. It means taking the opportunity of this great moment of national change to step back and ask ourselves what kind of country we want to be.

Visionary stuff. But also the foundation for everything that followed.

I want this United Kingdom to emerge from this period of change stronger, fairer, more united and more outward-looking than ever before.

But vision isn't everything. Her critics have demanded plans and negotiating stances. So, we heard.

That is why this Government has a Plan for Britain. One that gets us the right deal abroad but also ensures we get a better deal for ordinary working people at home.

This was very different material from that of her predecessor, David Cameron. Yes, he had his long-anticipated Europe speech. But that's now history.

But there was a flavour of Mr Cameron in this speech.

But let me be clear: I do not want that to happen. It would not be in the best interests of Britain.

Yes, "let me be clear". Always a favourite of David Cameron.

And the plan? Yes, this took the form of a 12-point plan for an exit negotiation with the EU. And the Prime Minister didn't hold back. She laboured through each of the 12 points in turn.

It's a brave business speaker who tries to emulate this. You can distil most good plans into three or four succinct points. Because you want your presentation points remembered.

But, we'd asked Mrs May for the details of her negotiation stance. And, so that's what we got. Thus, the 12-point plan.

And let that be the legacy of our time. The prize towards which we work. The destination at which we arrive once the negotiation is done.