There were echoes of the 1951 forced retirement of General Douglas MacArthur from his UN Korea command this week. And, like his illustrious predecessor, we heard a General Stanley McChrystal speech to mark the occasion. His retirement from the US army. 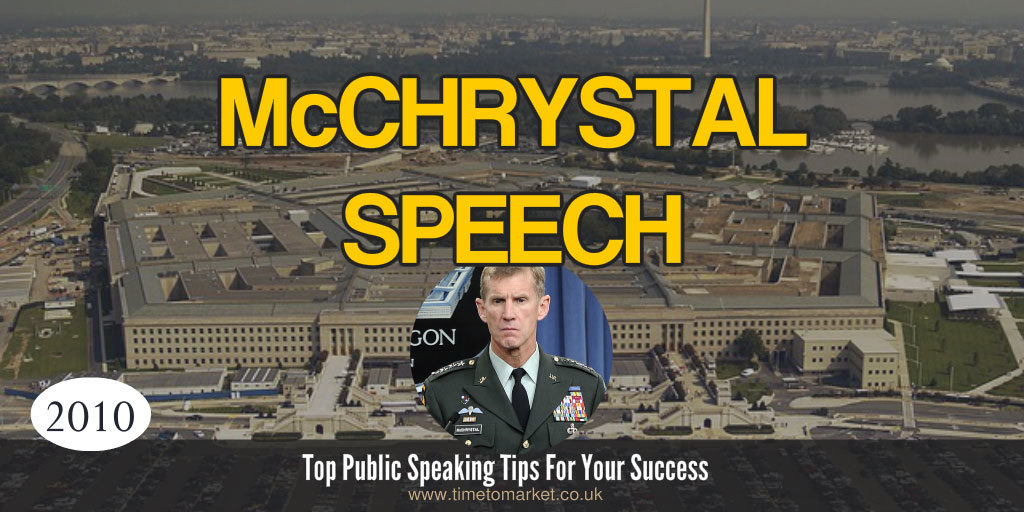 Both Generals had a difference of opinion with their respective Presidents—Harry Truman and Barack Obama. McChrystal’s 2010 retirement had the contemporary edge provided by his idle words in an interview with Rolling Stone magazine. And MacArthur’s, of course, had the cold war connotations of a war with China.

Their retirement speeches had geographic similarities. General Douglas MacArthur’s speech was to a joint session of Congress in the Capital. And the General McChrystal speech was at a military review in Fort McNair, Washington D.C.

MacArthur’s speech to Congress is remembered for the line:

“And like the old soldier in that ballad, I now close my military career and just fade away, an old soldier who tried to do his duty as God gave him the sight to see that duty.”

“I have stories on all of you, photos on many, and I know a Rolling Stone reporter.”

A great humorous line that worked hard at the beginning of this wistful McChrystal speech that paid full compliments to his troops, colleagues, family and political masters. Full of humour, much of it self-deprecating, the General’s speech showed his class at his final military review.

You can discover plenty of public speaking tips with our series of tips, posts and podcasts. And with more than 100 tips from which to choose, there’s bound to be something for your next speech…retirement speech, acceptance speech or a business presentation.