Well, we noted that peace had broken out last week as voters had their say. But that lull in EU Referendum speech hostilities was certainly short-lived. A surprise victory for Brexit triggered a series of brief speeches. A resignation speech from the Prime Minister and victory speeches from the Leave campaign. 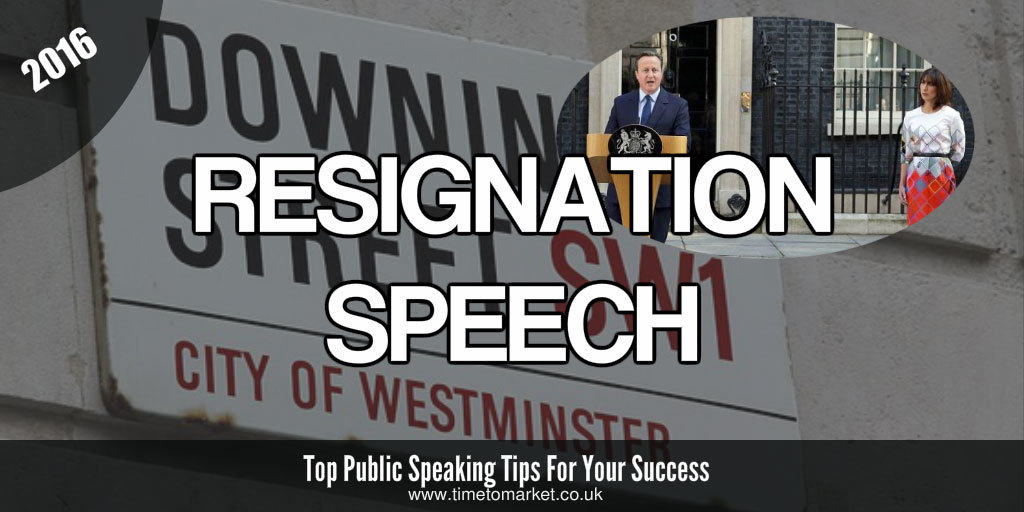 Thankfully they all were brief. No doubt the shock was still very fresh.

The Prime Minister's resignation speech included some of his favourite nautical metaphors. It's fascinating how we revert to type at times of peril or uncertainty.

I will do everything I can as Prime Minister to steady the ship over the coming weeks and months but I do not think it would be right for me to try to be the captain that steers our country to its next destination.

The Prime Minister delivered his resignation speech with care and attention. Yes, there were a few stumbles. But we suspect it must have been an extremely difficult speech to deliver. This wasn't the plan.

I said before that Britain can survive outside the European Union and indeed that we could find a way. Now the decision has been made to leave, we need to find the best way and I will do everything I can to help.

Boris Johnson's victory speech was equally subdued. It began with a "eulogy" for the Prime Minister. He's very much alive, but his political career is all but run.

I want to begin by paying tribute to David Cameron who has spoken earlier from Downing Street, and I know I speak for Michael when I saw how sad I am that he has decided to step down but obviously I respect that decision.

Speaking slowly and very carefully Mr Johnson thanked the Prime Minister, the electorate and everyone else with the obvious exception of the EU!

"Above all, we can find our voice in the world again, a voice commensurate with the fifth biggest economy on earth." Boris Johnson

We cannot turn our backs on Europe. We are part of Europe, our children and our grandchildren will continue to have a wonderful future as Europeans, travelling to the continent, understanding the languages and the cultures that make up our common European civilisation, continuing to interact with the peoples of other countries in a way that is open and friendly and outward looking.

Some have suggested that his delivery was practically funereal. It was. His victory speech certainly didn't gloat and he didn't wallow in the discomfort of the Remain campaign. Bizarrely he appeared to be quite statesman-like. Has it happened at last?

Resignation speech or conference speech. Whatever type of speech you have to give, you can expect a Time to Market public speaking coaching session to give you the skills and confidence you need for your success. Why don't you call us for more details.