Speeches From On High: Seasons Greetings From Our Leaders

It’s become quite a tradition now for Leaders speeches. At this time of year there’s a move to speak to their respective nations, populations and interest groups. Often these speeches, or broadcast messages in the TV/ Internet era, offer hope and optimism. But inevitably the Leaders speeches also reflect the prevailing mood. This year, certainly in Western Europe and the USA, the prevailing mood remains somewhat sombre. And this year, the speeches were equally so. 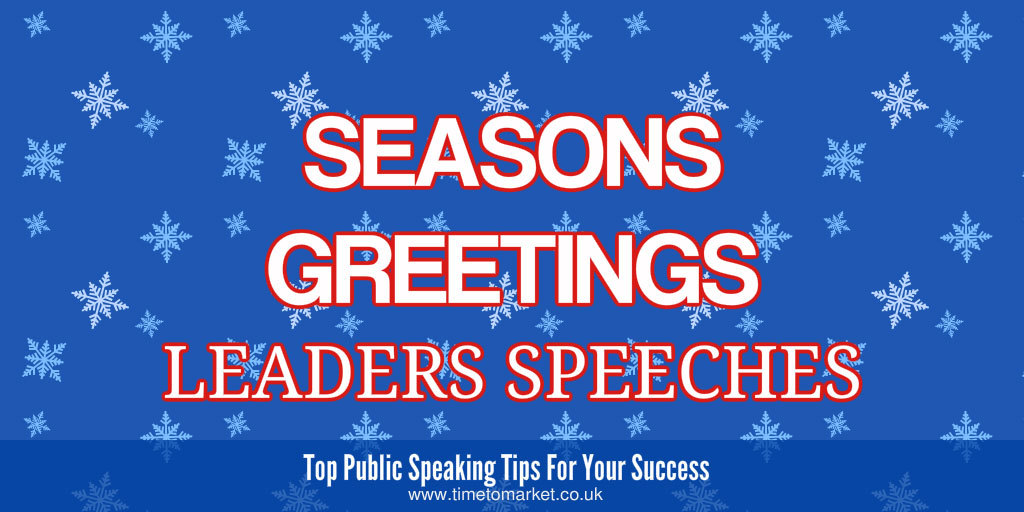 There are, of course, exceptions. The Queen’s speech to the realm nations (the United Kingdom, Australia, Canada and many others) was upbeat. It was filmed at Hampton Court palace and that in itself was both a novelty and fitting. Her Christmas speech is somewhat unusual as other Heads of State resort to a New Year’s Speech.

Angela Merkel’s New Year speech to the German nation stressed the economic tasks ahead whilst supporting, wholeheartedly, the Euro. A sombre speech.

Queen Margrethe of Denmark gave a New Year’s speech. For the first time, this was made available to Danes abroad. So, another precedent this year. But less sombre than the German Chancellor.

Prime Minister David Cameron prepared a speech for the New Year. It wasn’t too ambitious and contained most of the plugs you’d expect for the coalition government. Sober, but not sombre.

President Medvedev of Russia gave a New Year speech. This marked a general festive period in Russia lasting for the first two weeks of 2011. It comes to a conclusion with the Russian Orthodox New Year on January 14th. It’s not an official holiday but most Russians will celebrate the occasion.

And President Obama? His holidays in Hawaii didn’t stop him from recording a New Year’s speech to the nation. Sombre, effective and plenty of buzzwords such as…”traction.” Quite a leader’s speech.

The Archbishop of Canterbury got in on the act with a short speech to camera prepared by the BBC. He hung his message around the theme of the 400th anniversary of the King James Bible. So, it was a different sort of message with high production values and some effective use of text. He’s a studious public speaker. But the net result remains very watchable.

Sober or sombre. Upbeat or dynamic. All the leaders’ speeches had the same message: Happy New Year.

You can always prepare for your end of year speech or your New Year leadership speech in the office with our public speaking tips. And, when you need more public speaking skills training, then we’d welcome running a course for you. So, when the time is right, please don’t hesitate to get in touch.