This Hector Sants speech at the Merchant Taylors’ Hall in the City of London marks the end of an era for Mr. Sants. After five years at the helm of the Financial Services Authority (FSA), its Chief Executive, Hector Sants, is to retire. His tenure has been tumultuous. Clearly his five year siege of the City bears no comparison with that experienced by his ancient namesake. But, fortunately, his exit from the City in June will be the more peaceful. 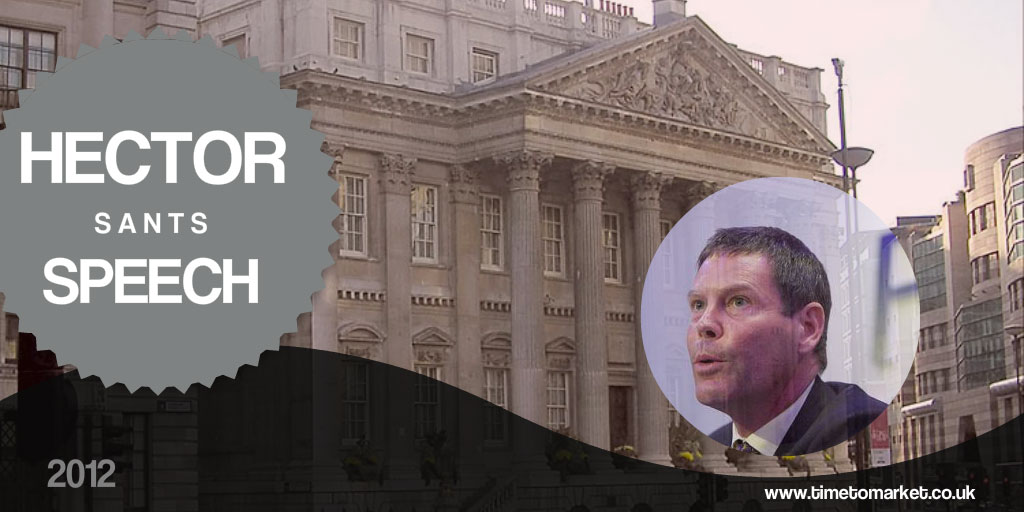 Hector Sants Speech In 2012 Bids Farewell To The FSA

The trouble with speeches given by financial regulators is that just about everything that has to be said has already been said. Most of the views, opinions and insights have already been aired.

And so it was with this speech. We suspected that this was policy wonk material as soon as we read the title, “Delivering effective corporate governance: the financial regulators role.” Oh Dear, oh dear. Could the title of a city regulator’s speech be more anodyne? Because we all know that a good speech title attracts audiences, every time.

Probably not. The first word in his title gives the game away. It’s been a firm favourite in the lexicon of government for over ten years now. As if government had all the answers when it comes to governance!

His speech proved remarkably unproblematic…save for one of his conclusions:

When I first joined the FSA I expressed this relationship in terms of working together in ‘partnership’ but I have now concluded that word does not best describe the nature of the relationship between the regulator and regulated.  Regulators and firms should neither be in a relationship of partnership or conflict but in constructive tension.

As a farewell speech this wasn’t special, in contrast to the Pope farewell speech or Gordon Brown’s Manchester conference speech. And certainly, his departure from the FSA doesn’t have heroic overtones. Certainly the title of his speech is undeniably dull. But, this Hector Sants speech leaves tension in the air for his successor.