London Speakers In Manchester: A Tale Of Two Cities

Two London speakers at the Tory party conference proved quite a contrast in their public speaking styles. On the face of it you might expect more similarity than dissimilarity. 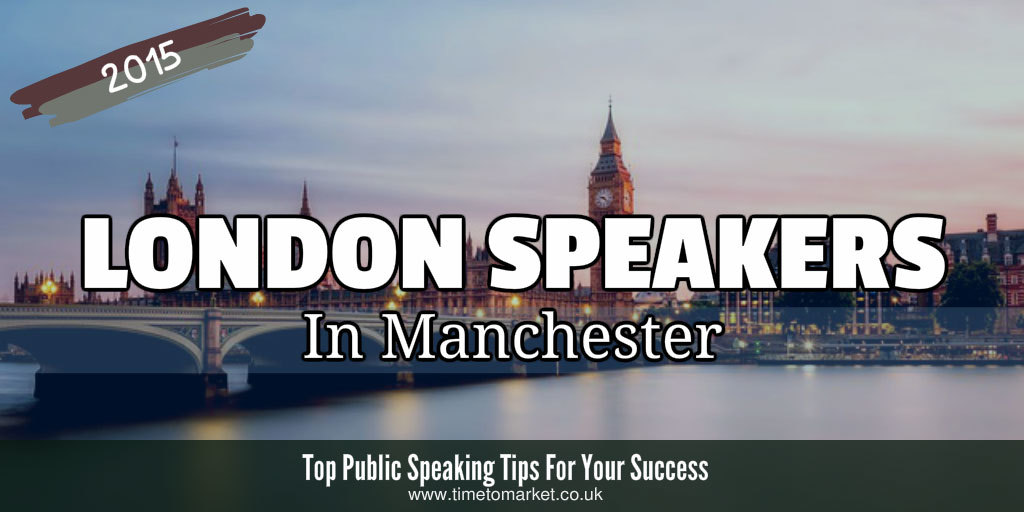 One was the London Mayor, and the the other the would-be London Mayor. Both are MPs. Both have edited magazines. Both went to Eton College. But these similarities only go so far.

Yes, it's true that as London speakers both Boris Johnson and Zac Goldsmith speak up for the capital city. But they do so with distinctly different styles.

Boris is no stranger to the set-piece speech at conference. In fact, such is his familiarity that he's prone to going off-piste, ad-libbing his way through his speech. But this speech in Manchester was different.

Different because he kept to his script and didn't stray. That precision and focus is probably something that he will need, should he expect to advance further within his party. But a scripted Boris didn't result in a boring Boris. Oh, no.

The London Mayor proved as witty, sharp and clever with his lines as ever. His jokes were thought through and they worked with an audience that appears to delight in his presence.

The jokes were everywhere. But they all held a purpose. They hit home with subtle messages.

I tell you when I knew we were going to be all right in that amazing election and it wasn’t the Ed stone the heaviest suicide note in history or the mysterious second kitchen.

We won because the British people did not trust Ed Miliband to manage the economy and so it is unbelievable now to see the Labour party has been piratically captured in a kind of social media twitstorm by what Harold Wilson once called a small group of politically motivated men and I know these people, my friends they are the London Labour party rots and militants with vested interests and indeed interesting vests.

By bringing people together and I hesitate to return to the rugby but I am afraid there is a lesson in that agonizing match at Twickenham the other night and I speak as someone whose happiest formative afternoons were spent as a tight head prop – the guy on the right and apart from grunting and heaving the crucial thing you have to do as a tight head – in fact just about the only thing you have to do apart from grunting and trying to stop the other guy sticking his fingers up your nose is to bind on tightly and correctly – in my case to the hooker (insert joke here, as Jeremy Corbyn’s autocue would say).

That rugby metaphor did pervade his speech. he was good enough to recognise that he was milking it to death. But there again, topical events do have value with a set-piece speech, and the Rugby World Cup is no exception.

His speech proved structured and well-conceived. His sentence length is massive...positively off the scale if compared with the micro sentences of George Osborne's leader in waiting speech.

And the Chancellor did get a mention in his speech:

We will extend the northern line to Battersea – or the Wandsworth powerhouse, as it is probably now called in the Treasury.

His pace appeared measured and controlled through this speech with some effective pausing as he waited for his lines to hit home. This changed only when he got to the thorny issue of Heathrow expansion. At that moment, still on script, he was off. Racing ahead at full pelt. It was great fun and his audience loved it.

Of course, that was the point. And it neatly dovetailed with a shared thread of Zac Goldsmith's speech.

Zac Goldsmith is undeniably a confident and capable fellow. He has already achieved a reputation as a studious and committed MP. But as a conference speaker he appears less confident.

A Rocking Speech From Goldsmith

He sways. He rocks from side to side and perhaps from foot to foot. Animated London speakers are definitely wanted. But rocking from side to sound  is hard to watch. It's not good. But it's also not uncommon, since we reported it in a Council budget presentation in 2013.

Being positive, his speech was well-prepared and structured. He mixed up the pace of his delivery and waited for pauses after his nervous beginning.

Yes, his introduction was weak but it appeared to be sincere. Bolder and more dynamic beginnings tend to work best. Just ask Boris.

We sensed that his diction was going the way of the Chancellor's speech (George Osborne) on more than one occasion.

He reads the autocue well. But when he did stumble he gave his audience a nervous grin on more than one occasion. That's something he will need to work on. Because autocue practice at conference is essential.

In stark contrast to the London Mayor, Zac Goldsmith still appears to be work in progress. He has a few months to go before the London mayoralty election. Undoubtedly he will use the time well.

You can always discover more tips for your next conference speech, when you join a public speaking training course with Time to Market.